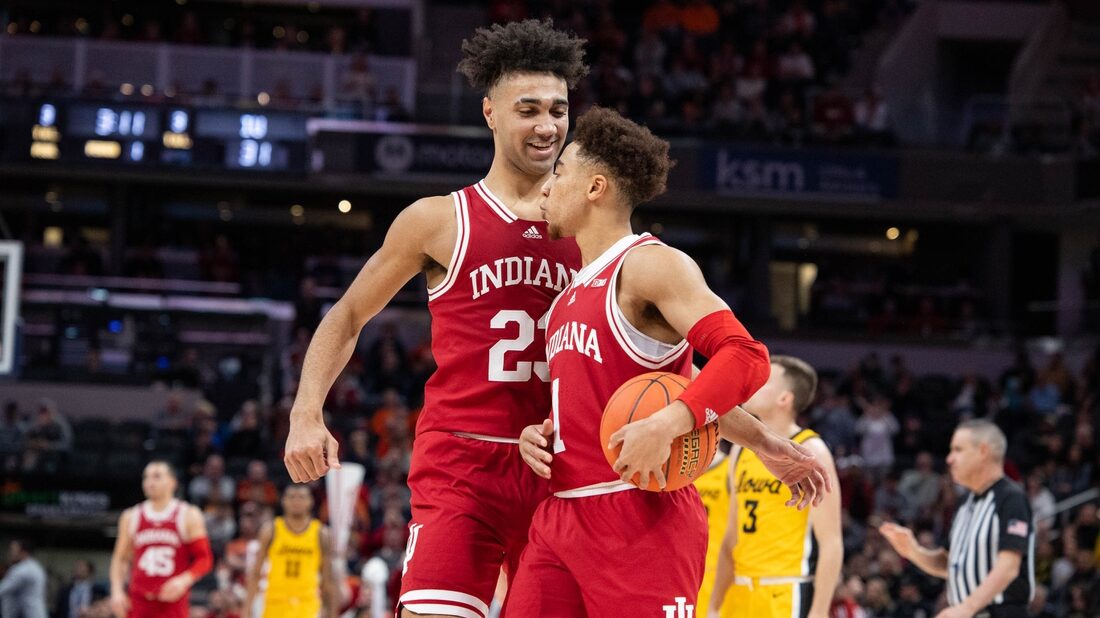 Indiana coach Mike Woodson talked about the NCAA Tournament as a goal during the course of the 2021-22 season.

The Hoosiers (20-13) achieved that objective by putting together a run in the Big Ten tournament. Indiana brings momentum as a 12 seed when they face 12th-seeded Wyoming in a First Four matchup on Tuesday in Dayton, Ohio.

The Hoosiers opened as 4.0-point favorites at DraftKings, where they had received 86 percent of the bets and 89 percent of the spread-line handle as of Monday afternoon. The line opened at Indiana -3.5 at BetMGM, with the Hoosiers backed by 86 and 92 percent, respectively.

The winner will fly to Portland, Ore., to face fifth-seeded Saint Mary’s on Thursday in an East Region matchup.

Indiana, a blueblood program with five national titles, is making its first NCAA Tournament appearance since 2016. As a player at Indiana from 1976-80, Woodson was part of two NCAA Tournaments in four seasons.

“It’s a beautiful thing,” Woodson said. “I’m so thrilled because these guys have worked their butts off to get to this point, and I want to see them move on. I want to see us continue to win. That’s what it’s all about.”

Indiana made a late push to secure a big by pulling of back to back wins over Michigan and Illinois in the Big Ten tournament before falling to eventual Big Ten tourney champion Iowa 80-77 on a last-second shot by Jordan Bohannon.

Trayce Jackson-Davis, who was named to the All-Big Ten tournament team, fueled Indiana’s tournament run by averaging 25.3 points and 8.7 rebounds over the three games.

“I don’t think anyone wants to see us right now,” Jackson-Davis said. “I think we’ve proven not only to the Big Ten but to the country that we’re also a team, a top team that can compete with anyone. So took the last-second three to beat us to the hottest team in the Big Ten right now and it stings, but at the same time I feel like we’ve got a lot of ball left.”

Point guard Xavier Johnson has also played at a high level for the Hoosiers late in the season. Johnson has scored in double figures in eight straight games, averaging 18.1 points and 6.8 assists during that stretch.

“Maybe he wasn’t too comfortable early on with me kind of in his ear a lot,” Woodson said. “But I was just trying to get him to play the right way and he’s done that here the last eight to 10 games.”

Wyoming (25-8) finished fourth in the Mountain West Conference under second-year coach Jeff Linder and are coming off a 68-61 loss to Boise State in the MWC tournament semifinals. The Cowboys are making their 16th NCAA Tournament appearance in school history and first appearance since 2015.

Wyoming has been led this season by sophomore center Graham Ike (19.6 ppg, 9.6 rpg), who is just one of four players nationally averaging more than 19 points and six rebounds per game. Hunter Maldonado, a 6-foot-7 guard, is another strong all-around player who is averaging 18.4 points, 5.8 rebounds and 6.3 assists for the Cowboys.

“It’s a great opportunity for our team and the University of Wyoming,” Linder said. “The beauty of the First Four is that you’re the only games on that night. You get a lot of exposure for your program, the school and the state.”