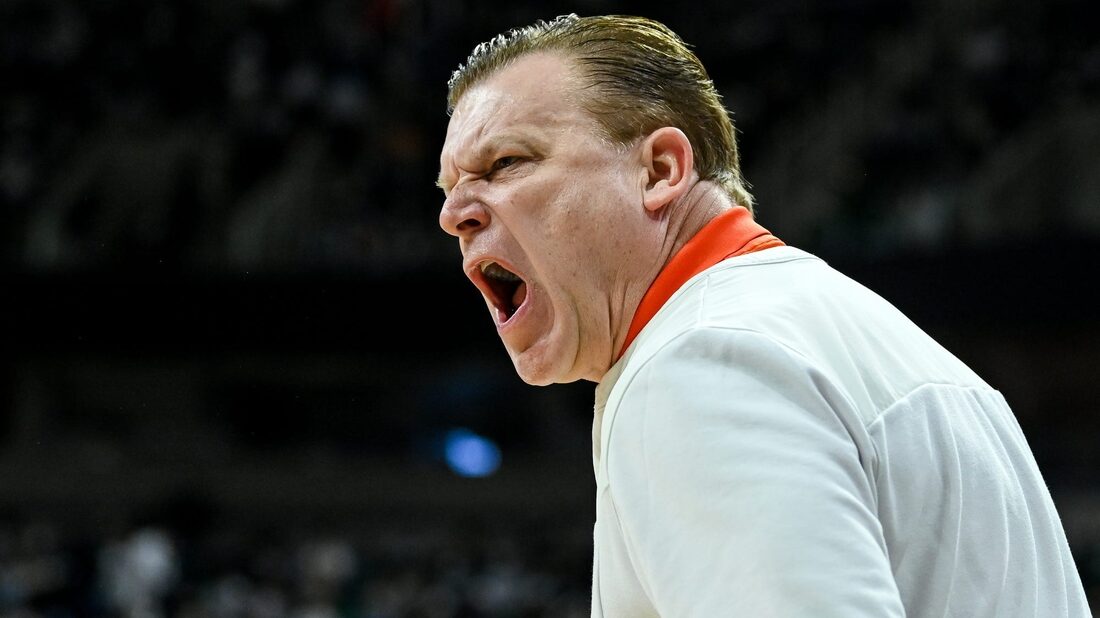 Brad Underwood hears the rumors connecting him to Kansas State and LSU, but the Illinois coach is currently focused on his own vision.

Underwood and multiple players, including starting point guard Trent Frazier, are dealing with pinkeye. Underwood said Sunday he has it in both eyes, and Frazier was wearing glasses due to the infection. Both are planning to participate in two scheduled Monday practices to begin preparation for 13th-seeded Chattanooga, as the Fighting Illini open the NCAA Tournament on Friday at Pittsburgh.

When asked Sunday night if he’s hearing the rumors about his candidacy with LSU and Kansas State, Underwood said he can’t control “what people say and think.”

Coleman Hawkins dealt with pinkeye during the Big Ten tournament, which turned out to be a one-and-done for the Big Ten regular-season champions. Illinois lost to Indiana in the quarterfinals at Indianapolis.

That left Illinois as a #4 seed and one of nine Big Ten teams in the NCAA Tournament bracket.

LSU fired head coach Will Wade after a notice of allegations from the NCAA that could hinder the Tigers in the future.

Kansas State is replacing former Illinois coach Bruce Weber, who resigned at the end of the season.