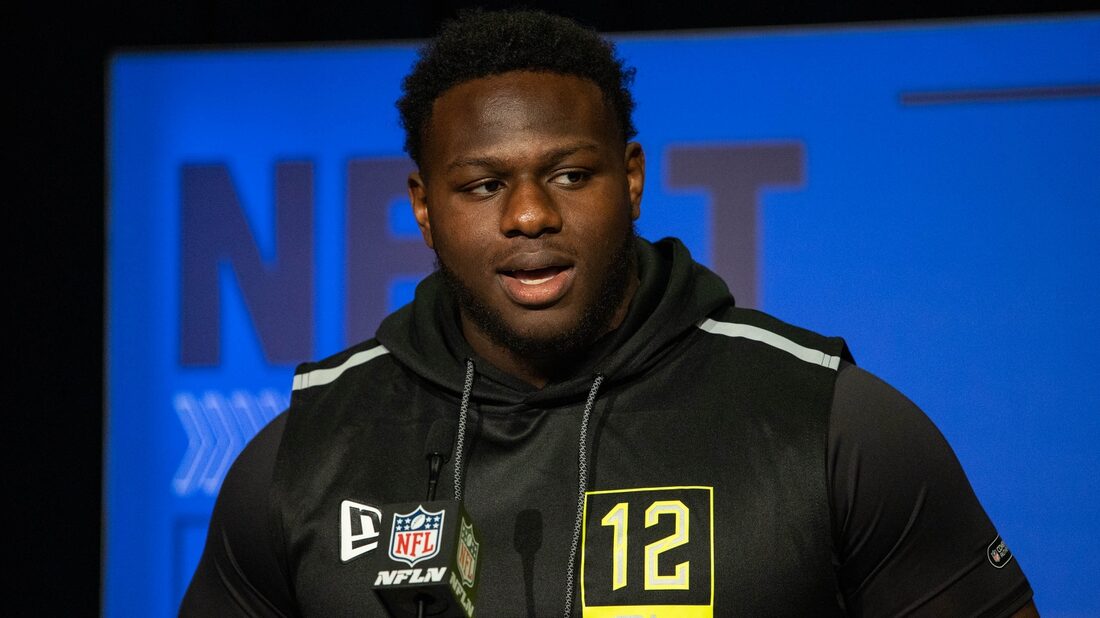 North Carolina State offensive tackle Ikem Ekwonu is closing on Alabama’s Evan Neal to be the favorite for the #1 overall pick in the 2022 NFL Draft.

“Ickey” Ekwonu met with the Jacksonville Jaguars at the NFL Scouting Combine last week on the same day the team met the 337-pound Neal.

Neal remains the betting favorite to go first overall but Ekwonu closed the gap considerably and overtook Michigan defensive end Aidan Hutchinson over the course of the combine in Indianapolis. The 320-pounder ran a 4.93 40-yard dash.

Ekwonu is the #1 pick in mock drafts released by The Athletic (Dane Brugler) and ESPN’s Mel Kiper.