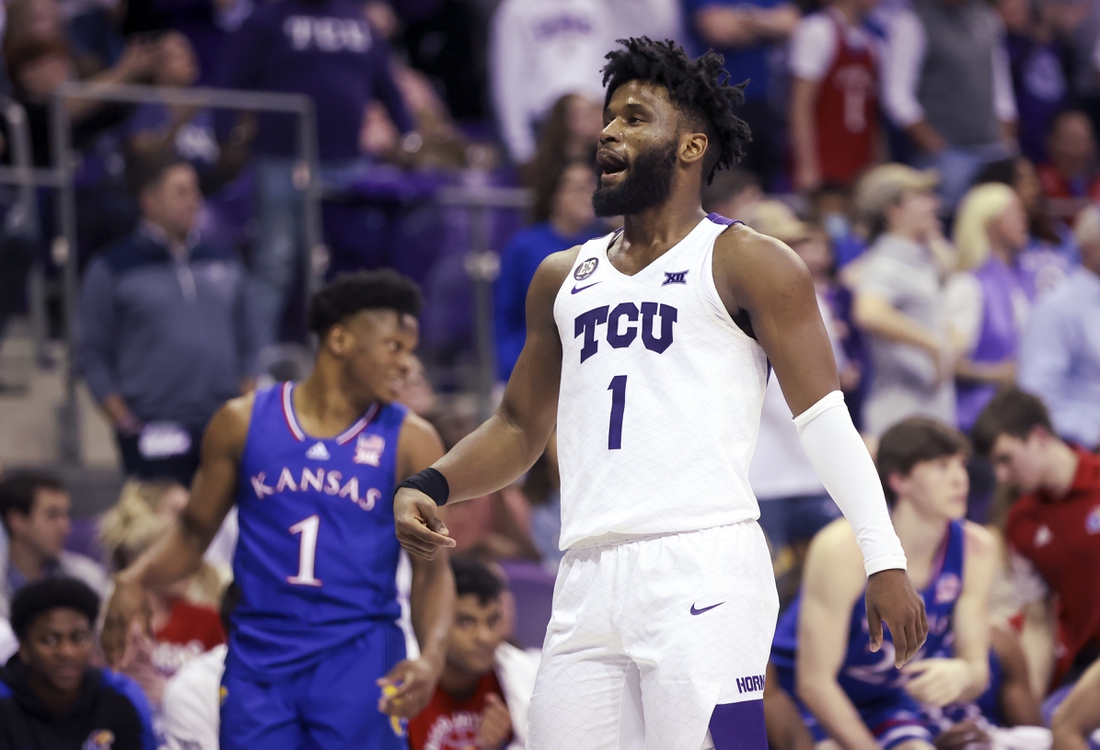 Jamie Dixon’s teams used to be regular guests at the NCAA Tournament when he coached at Pittsburgh.

Now he has guided TCU to its first NCAA berth since 2018 and its second in his six seasons at the helm, and the pesky Horned Frogs are looking to do some damage.

#9 seed TCU will face off against #8 Seton Hall in a first-round game Friday night in San Diego. The winner is likely destined to meet Arizona, the top seed in the South Region. The Wildcats face the winner of a First Four game between 16-seeds Wright State and Bryant.

TCU is a 1.5-point underdog at BetMGM but has been backed by 67 percent of the spread bets and 79 percent of the handle as of Friday. Heavy action on the Horned Frogs (55 and 75 percent, respectively) at PointsBet has moved the line from Seton Hall -1.0 to a pick.

TCU (20-12) muscled its way into the dance by earning upsets over Texas Tech, Kansas and Texas down the stretch in the loaded Big 12.

“We’re picked eighth (in the Big 12 preseason poll). We’re not picked to be in the NCAA Tournament,” Dixon told reporters. “That’s what it is at the start of the year. And if you looked at all the things that were put out and because no one here has been in the NCAA Tournament, we’re young, we’ve got 11 new players, but we proved a lot of people wrong.”

Now the Horned Frogs will try to win a game in the tournament for the first time since 1987, when Dixon was a senior point guard with the program. He feels his team still can be doing several things better, from defense to turnovers to rebounding.

Seton Hall (21-10) worked its way back from a 3-6 start in the Big East by winning eight of its last 10 games in the regular season. The Pirates were humming by then, but didn’t look as sharp in the Big East tournament in a close win over Georgetown and a 10-point loss to UConn.

The Pirates have to make one of the longest trips of any tournament team to reach their opening-weekend destination, flying cross-country to San Diego.

“Having a Friday game, getting adjusted and not being in such a rush, I think that will be big for us,” Willard said.

TCU and Seton Hall rank 24th and 26th in the country, respectively, in adjusted defensive efficiency according to KenPom.com. The Horned Frogs allowed 65 points per game this season and the Pirates yielded 66.3.

First-team All-Big East guard Jared Rhoden is Seton Hall’s leading scorer (15.9 points per game) and second-leading rebounder (6.8 per game). Kadary Richmond, a point guard who averages team highs of 4.1 assists and 1.6 steals on top of nine points per game, is recovering from a right thumb sprain.

“We practiced today, and he looked, just with two days off, immensely better,” Willard said. “By the time we get to Friday, I think he’s going to be doing really well.”