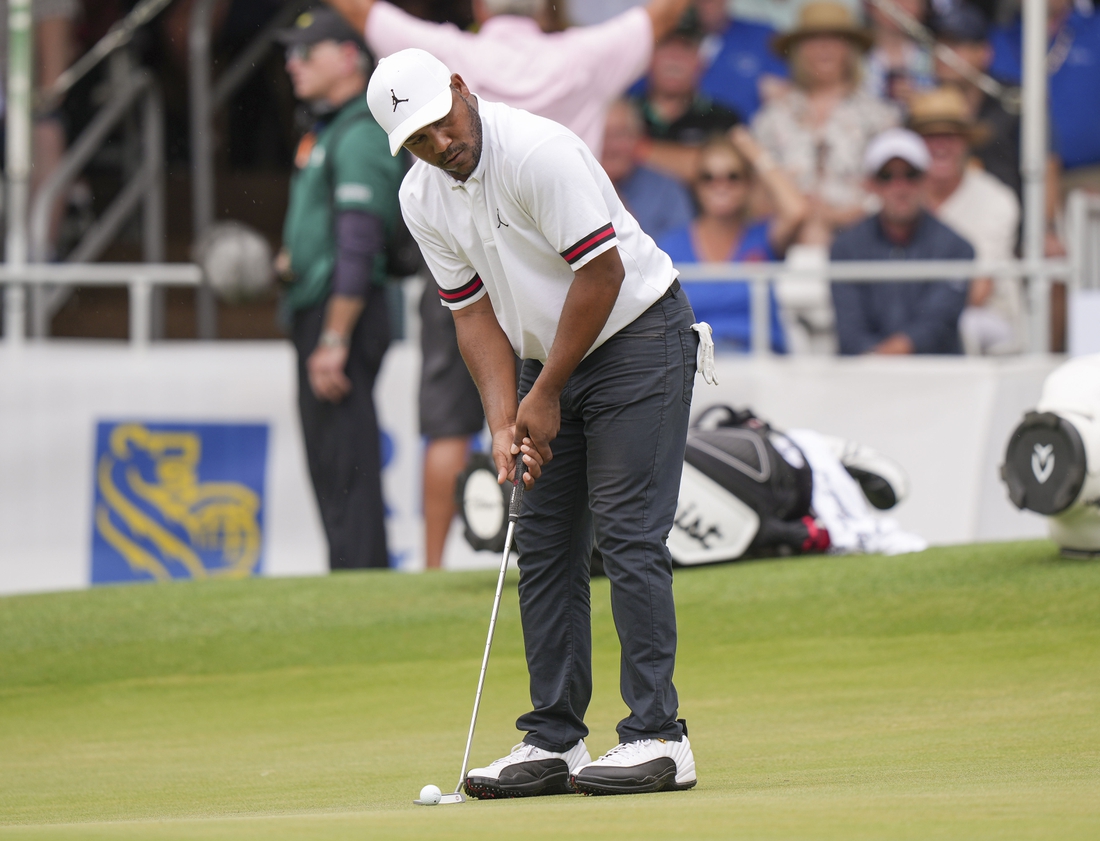 Harold Varner III fired a third-round best 63 on Saturday to vault into the lead with a total of 11-under-par at the RBC Heritage in Hilton Head, S.C.

Varner shot up 22 spots on the leaderboard on the strength of eight birdies and a clean card to take a one-shot lead into Sunday’s final round. The 31-year-old Varner is in search of his first win on the PGA Tour.

Varner, who shot 72 on Friday, birdied #2 before carding birdies on three consecutive holes. He birdied #9 to shoot 31 going out.

“I think having a clean card was really what I wanted to do, just give myself a lot of looks,” Varner said. “I think I was able to do that a lot and executed some putts as well.”

Varner continued to be bothered by his Friday round.

“I would say I’m really good at putting things aside, but I did not put that aside,” Varner said. “I was not very happy how it panned out, but it was great for me.”

Cantlay had a rough round after opening 66-67. He bogeyed #3 before responding with three birdies going out. He then bogeyed Nos. 11 and 12 before carding yet another on the par-3 17th hole.

“I think, if you get out of position on this golf course, it’s hard to get back in position. I did that a few times. I made a few more bogeys than I usually would and didn’t get the ball up and down early in my round, which usually I do,” Cantlay said. “So I’m going to throw this round out as a little bit of an aberration and take all the good vibes that I’ve had around this place into tomorrow.”

But the spotlight is on Varner and his quest to finally earn a victory on American soil to go with two international victories.

“Not that people doubt it, they’re just like, I’ve won in Australia, I’ve won somewhere else that I can’t speak of. I mean, it just proves that I can win, and I just want to do it here,” Varner said.