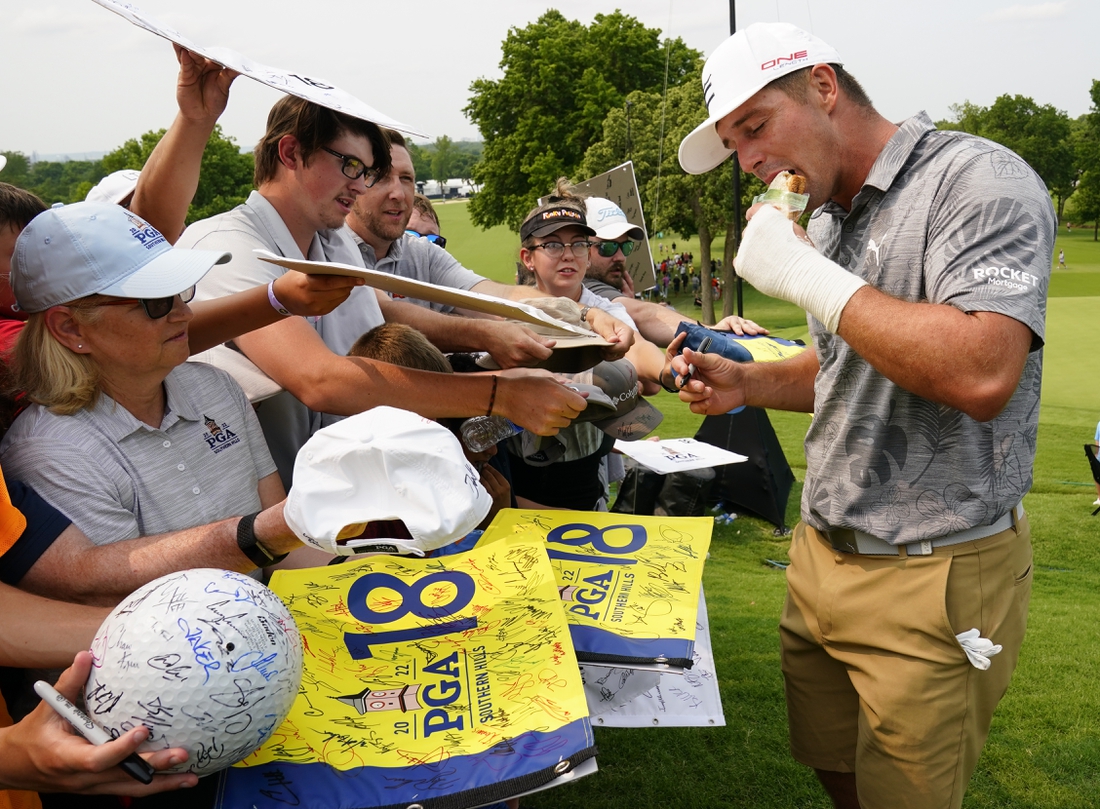 Bryson DeChambeau withdrew from the PGA Championship at Southern Hills Country Club on Wednesday after attempting to return from a hand injury.

DeChambeau was in Tulsa early in the week to gauge his readiness to participate in the PGA Tour’s second major of the season. The 28-year-old, who won the 2020 US Open at Winged Foot, missed the cut at the Masters with a 12-over through 36 holes.

This week DeChambeau took the course with his left hand and wrist heavily bandaged.

He underwent surgery on his left wrist on April 14 to repair a fracture of the hamate bone. One month later, he posted a video of his full swing — seemingly at full force — hitting golf balls into a net in his back yard.

Denny McCarthy replaces DeChambeau in the field at the 2022 PGA Championship. McCarthy joins the 8:49 a.m. ET tee time with Max Homa and Tyrrell Hatton starting on the 10th tee.

DeChambeau, the World #22-ranked golfer, said “strength and stamina in his left hand isn’t where he wants it” Golf Channel said Wednesday.