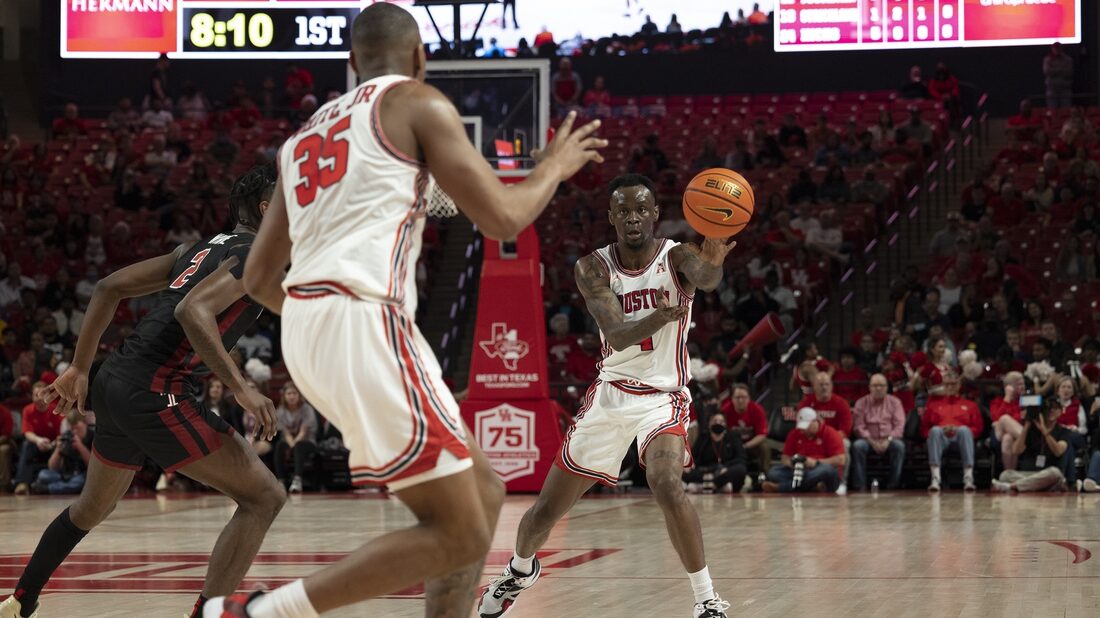 #18 Houston takes on Cincinnati on Friday in the quarterfinals of the American Athletic Conference tournament in Fort Worth, Texas.

The Cougars, the AAC’s regular-season champion and top seed in the tournament, have captured the past five games against Cincinnati, Houston’s longest winning streak in the series’ history.

Houston (26-5) heads into tournament play after a 75-61 loss on the road to Memphis on Saturday in its regular-season finale. It was the most lopsided setback of the season for the Cougars. They allowed 49 points in the first half after allowing that many points or fewer in an entire game nine times this season.

Kyler Edwards led the Cougars with 19 points, Taze Moore added 16 and Fabian White Jr. had 11. Houston had a season-high 20 turnovers in the loss at Memphis, 14 of them in the first half when they trailed by as many as 23 points.

“Our kids didn’t quit, but we don’t hand out awards for not quitting,” Houston coach Kelvin Sampson said. “I’m proud of my team for what they accomplished this season because of the circumstances. They battled through a lot of stuff. We’re not holding our heads down. We’re holding our heads high.”

The Cougars have won six of their last seven games. After playing four games in the final eight days of the regular season, Houston should be rested for its quarterfinal matchup.

The Bearcats (18-14), the eighth seed in the AAC tournament, were at their best late in a 74-63 first-round win over East Carolina. Cincinnati trailed 63-62 with 3:44 remaining before closing out the Pirates with a 12-0 run to advance.

David DeJulius finished with 22 points for the Bearcats while Jeremiah Davenport scored 11 and Mike Saunders Jr. tallied 10. Cincinnati got 26 points from it bench in the victory.

The win snapped a five-game losing streak for Cincinnati, which has played in the past four AAC championship games and won the event in 2018 and 2019, beating Houston in the final both times.

“The first game in a conference tournament is always the most difficult one from my experience,” Cincinnati first-year coach Wes Miller said. The nerves are there — sometimes you can want it a little too much. I’ve never felt that this group didn’t want it. This group wants to be good — they work at it every day. I’ve been really proud of that.

“I’m glad we found the right column in the win-loss column, and I hope that can give us some confidence to get back to how we were playing back in January. “

The Bearcats were swept by Houston in the regular season, losing at home by 22 points on Feb. 6 and on the road 71-53 on March 1.

“It’s been a tough stretch here over the last month,” Miller said. “And we’ve been in a number of really close games and haven’t been able to close them out down the stretch. It was great to see that come together (in this game) down the stretch.”

In this article:cbb-hou, Cincinnati, Houston, ncaab