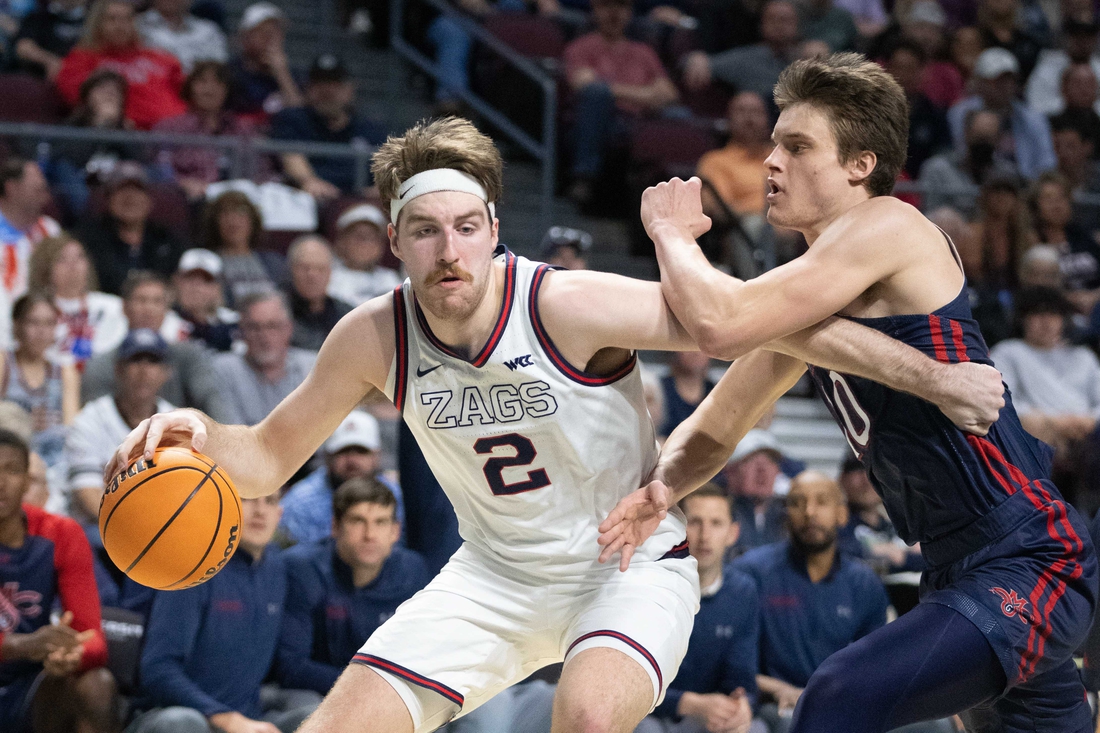 Gonzaga is the #1 overall seed in the NCAA Tournament as it renews pursuit of its first national championship on Thursday when it takes on 16th-seeded Georgia State in West region play at Portland, Ore.

The Zags are 23.0-point favorites at most sportsbooks. That includes BetMGM, where the line opened at 26.5 points but Gonzaga’s odds have shortened a bit with Georgia State being backed by 51 percent of the spread-line money.

The line has also moved slightly at PointsBet, opening at 23.5 but shifting to 22.5 by Thursday with Gonzaga backed by 74 percent of the bets and 53 percent of the spread bets.

This is the second straight tournament in which the Zags are the #1 overall seed. Coach Mark Few said it would have been hard to believe such a thing could have occurred when the school was beginning its current streak of 23 straight NCAA appearances.

Gonzaga leads the nation in scoring offense at 87.8 points per game and is expected to overwhelm Georgia State (18-10) because #1 seeds are 143-1 all time against #16 seeds.

“That year I had Virginia going really far in my bracket,” Bulldogs forward Julian Strawther said. “Coach Few just told us we can’t look too far ahead in the bracket; you can’t see who you’re going to play the second weekend because there is no next game if you don’t handle the one in front of you.”

Panthers coach Rob Lanier understands history can be made with a shocking performance but isn’t going to conduct a big pep talk about it.

“If you go out and do the right things in the game, you’re going to give yourself a chance,” Lanier said in a video press conference. “I don’t think kids go in the game thinking about what UMBC did or whatever 16 seeds didn’t do.”

The Panthers, who have won 10 straight games, were on the magical side of March Madness in 2015.

Georgia State was a 14 seed and trailing third-seeded Baylor by 12 points with under three minutes left in the first-round game. But the Panthers went on a game-ending 13-0 run, capped by R.J. Hunter’s memorable 3-pointer with 2.7 seconds left, to stun the Bears.

This year’s edition has a hot player in guard Corey Allen, who scored 29 points in back-to-back games as part of Georgia State’s run to the Sun Belt tourney title. The Panthers beat Louisiana 80-71 in the final to claim the NCAA bid.

Allen averages a team-best 14.7 points for a club that averages 70.6 — far below Gonzaga’s firepower.

The immense collection of talent presents a big task for Georgia State.

“There’s another level we’re going to have to reach to give ourselves a chance in this game,” Lanier said. “We think we can play a lot better, and we know we need to. That’s our focus.”

The winner will face either eighth-seeded Boise State or ninth-seeded Memphis in Saturday’s second round.