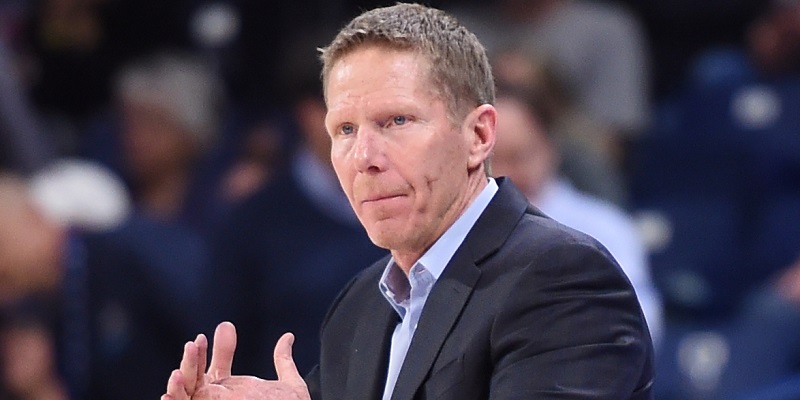 The suspension will begin with Saturday’s “Kraziness in the Kennel” season tip-off event in Spokane, Wash. It will also include two exhibition games and the Nov. 9 season opener at home against Dixie State.

Few is expected to return to the bench for the Bulldogs’ Nov. 13 home date with Texas.

Few, 58, addressed the suspension in a statement on Saturday.

“I have had a month to reflect on the regretful decisions I made on Sept. 6,” said Few. “I again offer my sincere apology and I remain committed to learning from this mistake. As a consequence of my error in judgment, I will not be present at Kraziness in the Kennel and the first three games of our season. I know this impacts our student-athletes and the coaching staff as we begin the season. I understand the severity of my actions and am sorry for the impact this consequence has on our team. Thank you again to those who have supported me, my family, and our program throughout this process.”

He was cited for driving under the influence over Labor Day weekend in Coeur d’Alene, Idaho. According to police reports, Few was stopped after driving erratically and speeding. Breath samples registered a blood-alcohol content level above the Idaho legal limit of 0.08.

Few has a 630-125 record in 22 seasons as Gonzaga’s coach. The Bulldogs lost to Baylor in last season’s national title game and also lost to North Carolina in the 2017 championship contest.

The suspension was first reported by The Athletic earlier Saturday.