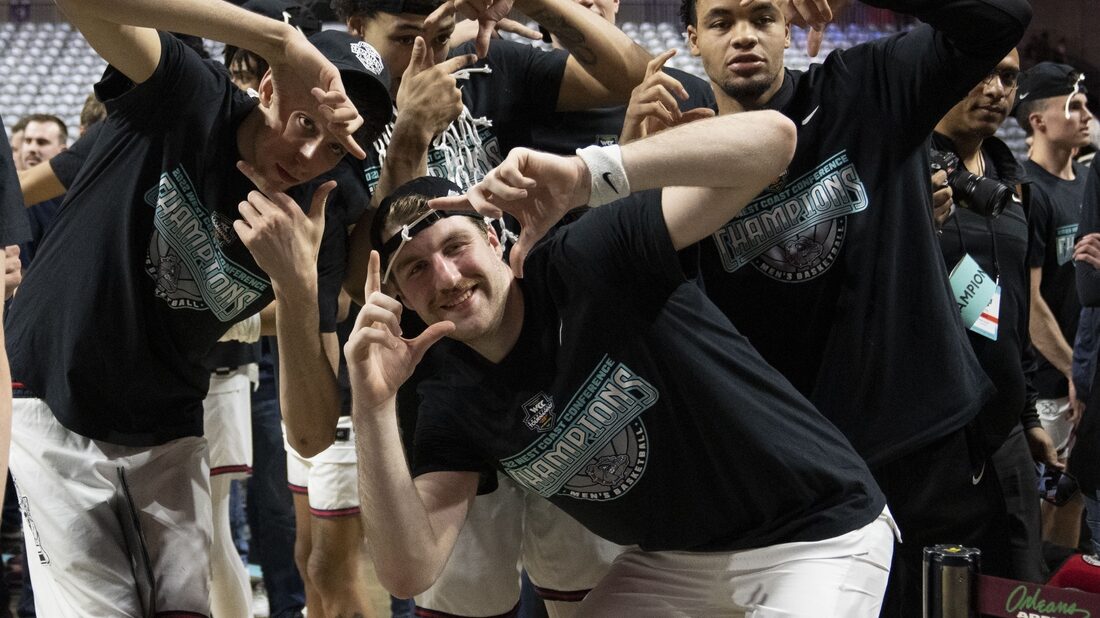 Gonzaga earned the #1 overall seed in the NCAA Tournament when the bracket was revealed on Selection Sunday.

The Bulldogs (26-3) are the #1 seed in the West region. Gonzaga opens play on Thursday against 16th-seeded Georgia State in Portland, Ore.

Gonzaga has lost in two of the past four NCAA Tournament championship games. The Bulldogs fell to North Carolina in 2017 and Baylor last season.

Arizona (South), Kansas (Midwest) and Baylor (East) are the other #1 seeds.

Arizona (31-3) is the #2 overall seed and will open Friday in San Diego against the winner of a First Four game between Wright State and Bryant.

Kansas (28-6) is the #3 overall seed. The Jayhawks will meet the winner of a First Four matchup between Texas Southern and Texas A&M-Corpus Christi on Thursday.

Baylor (26-6) is the #4 overall seed. The Bears begin the tournament against 16th-seeded Norfolk State on Thursday in Fort Worth, Texas.

Duke (28-6) is the second seed in the West in coach Mike Krzyzewski’s final NCAA tourney before retirement. The Blue Devils open with 15th-seeded Cal State Fullerton on Friday at Greenville, S.C.

Villanova (22-12) is the second seed in the South and will face 15th-seeded Delaware in Pittsburgh.

Auburn (27-5) is the second seed in the Midwest and draws 15th-seeded Jacksonville State in Greenville on Friday.

Kentucky (26-7) landed the second seed in the East and opens Thursday against Saint Peter’s in Indianapolis.

The field is made up of 32 automatic bids and 36 at-large selections.