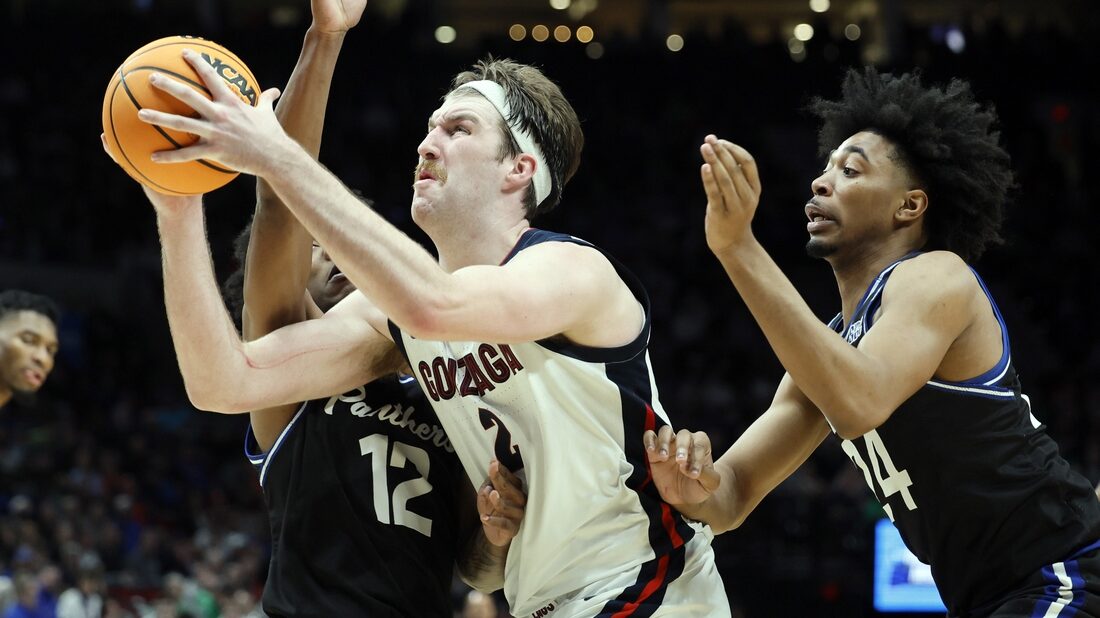 Gonzaga found itself in a battle with 16th-seeded Georgia State for three-fourths of its first-round NCAA Tournament game before delivering a ferocious knockout punch.

The top-seeded Bulldogs (27-3) know they must be sharper on Saturday night when they face ninth-seeded Memphis (22-10) in the second round of the West Regional at Portland, Ore.

“You don’t get a game off,” Gonzaga star Drew Timme said after Thursday’s 93-72 victory over Georgia State. “Every single team that’s here has earned the right to be here.”

Despite the semi-scare in the first round, Gonzaga is a 10.5-point favorite over Memphis at PointsBet, where the Tigers have been backed by 61 percent of the spread bets and 85 percent of the money. However, it’s the Bulldogs’ -751 moneyline that has seen lopsided action with 87 and 94 percent, respectively.

The Bulldogs trailed with 13 minutes to play and led by four when the Panthers lost a second big guy with 10:26 left. Gonzaga seized the opportunity as 7-footer Chet Holmgren scored nine points and the 6-10 Timme added eight during a dominating 21-0 run.

“I love Chet. I think I talked to him three times a week for four or five months,” Hardaway said. “We got really close. Such a terrific player. Just happy for him, for his growth that he’s such a super player.

“With Drew, I watched him play the entire summer in Texas and watching his fundamentals and was like, ‘Man, who is this kid?’ I got to know who he was, and obviously we know what he’s done on this level.

“We know we’ve got our work cut out for us. They are both two great players.”

Bulldogs coach Mark Few wasn’t disturbed that it took his team so long to separate from Georgia State. He felt the Panthers were better than a #16 seed and was just happy his team won its first game in the tournament for the 13th consecutive appearance.

“I think it’s one of the hardest things to do in our sport is just get a win in the NCAA Tournament,” Few said. “We don’t take that for granted. I think within the program we understand just how special it is to make it here but also how hard it is to earn a win. We certainly earned one (Thursday). These guys pushed us, and again, Georgia State deserves a ton of credit, but I’m proud to keep that streak alive.”

Now Gonzaga looks to win a second game in the tournament for the seventh straight time as it faces the red-hot Tigers. The Bulldogs remain the +250 favorites to win their first national title at BetMGM, where they have drawn 8.8 percent of the total bets and 13.0 percent of the money.

Memphis has won 13 of its past 15 games after knocking off Boise State 64-53 Thursday in its first-round NCAA game.

DeAndre Williams scored 14 points on 7-of-8 shooting as the Tigers posted their first NCAA Tournament victory since 2014.

Senior Alex Lomax contributed nine points, five rebounds and five assists despite briefly leaving the game with an ankle injury. The Memphis native who has played for Hardaway since sixth grade was elated to bring joy to his hometown.

“I’m just very happy for the city; it wasn’t just for me,” Lomax said. “This was something I wanted to do for the city for a long time now, and I’m glad I was able to get that win for the city of Memphis.

“And with my ankle, my emotions are real high right now. I’ll be good to go.”

Five-star freshman Emoni Bates briefly got into the game in the first half against Boise State and knocked down a 3-pointer. It was his first appearance since Jan. 27 due to a back injury.

Hardaway said Bates will be on a minutes’ restriction for the rest of the season.