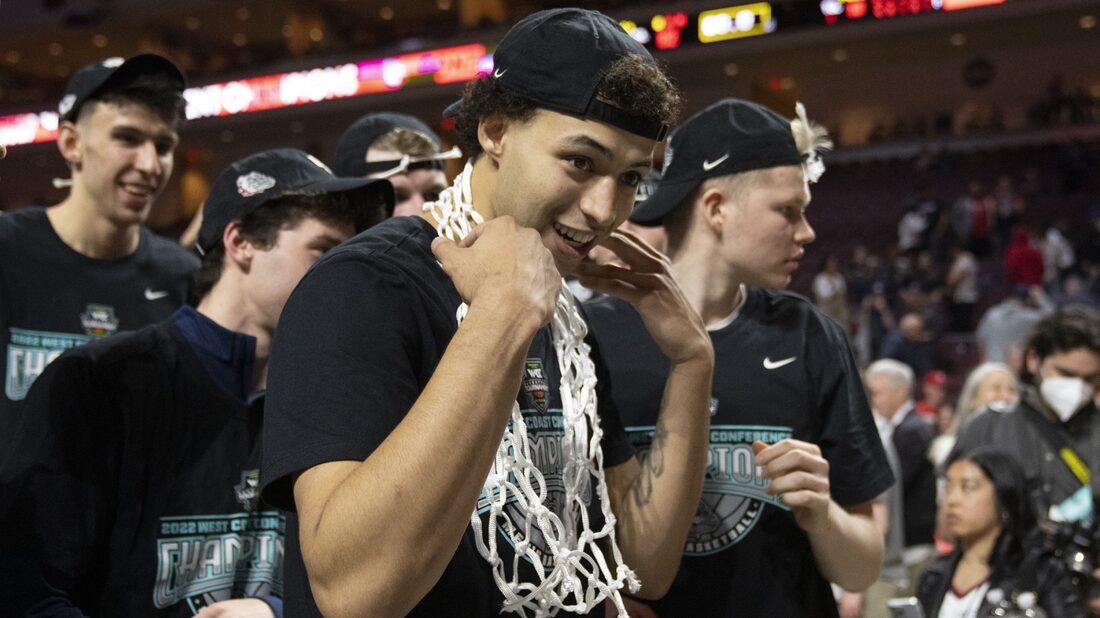 Gonzaga finished the regular season and postseason conference tournament the way it began the 2021-22 season: atop the Associated Press Top 25 poll.

The Bulldogs, the #1 overall seed in the men’s NCAA Tournament, captured 54 of 61 first-place votes, with #2 Arizona gathering the remainder.

#3 Kansas, Baylor and Tennessee rounded out the top five.

Gonzaga, Arizona, Kansas and Baylor are the top four seeds in the upcoming tournament.

Finishing off the Top 10 are #6 Villanova, followed by Kentucky, Auburn, Duke and Purdue.

Gonzaga also finished the 2020-21 season as the #1 seed and reached the national championship game, losing to Baylor.

The national media members who vote in the poll disagreed with the tournament committee when it came to Tennessee, which is a #3 seed in the NCAA Tournament. The Volunteers rose four places in the poll after winning the Southeastern Conference tournament.

Entering the Top 25 this week was #23 Boise State, one of two Mountain West Conference squads in the poll.

The biggest mover of the week was #16 Iowa, which climbed eight spots after winning the Big Ten conference tournament.

#15 Houston, the only American Athletic Conference representative in the poll, rose three spots. #11 UCLA and #12 Texas Tech each moved up two spots.