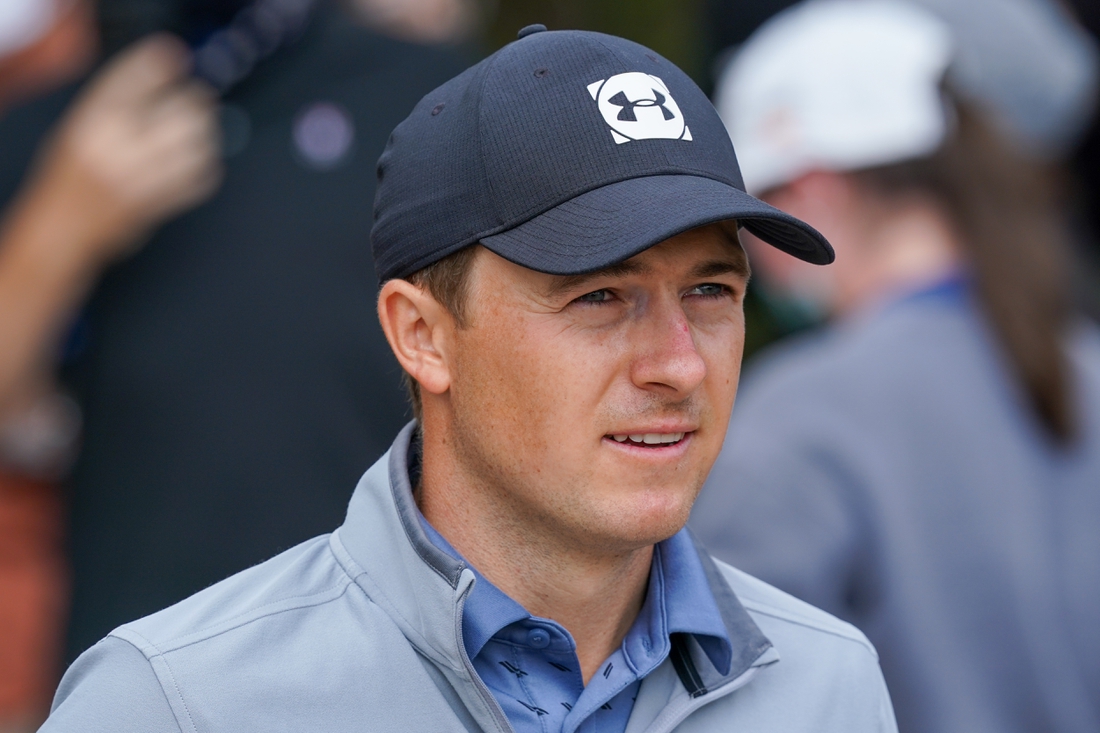 PGA TOUR
LAST TOURNAMENT: WGC-Dell Technologies Match Play (Scottie Scheffler)
THIS WEEK: Valero Texas Open, San Antonio, Texas, March 31-April 3
Course: TPC San Antonio, Oaks Course (Par 72, 7,494 yards)
Purse: $8.6M (Winner: $1.548M)
Defending Champion: Jordan Spieth
FedExCup Leader: Scottie Scheffler
HOW TO FOLLOW
TV: Thursday-Friday, 4-7 p.m. ET (Golf Channel); Saturday, 1-3:30 p.m. (Golf Channel), 3:30-6 p.m. (NBC); Sunday, 1-2 p.m. (Golf Channel), 2-6 p.m. (NBC).
PGA Tour Live: Daily feeds on ESPN+
Social Media: @ValeroTXOpen (Twitter)
NOTES: This is the 100th anniversary of the event, with TPC San Antonio the venue for the 13th time. … Spieth snapped a drought of 82 PGA Tour events without a win last year, claiming his first title since the 2017 Open Championship. … Jason Day and Rickie Fowler are among the 121 players in the field who are not currently qualified for next week’s Masters but could earn a spot with a victory in San Antonio. Also needing a victory to play at Augusta is Richard Bland, who would have qualified for the Masters with a win over Dustin Johnson in the Round of 16 in last week’s Match Play event. Twenty-three players in the field are already qualified for the Masters. … The last player to win the event to qualify for the Masters was Corey Conners with his maiden tour victory in 2019. … Matt Kuchar will make his 500th career PGA Tour start. … College stars Logan McAllister (Oklahoma) and Ludvig Aberg (Texas Tech) are among the sponsors exemptions.
BEST BETS: Rory McIlroy (+750 at DraftKings) will make his first event start since a runner-up in his lone previous appearance in 2013. This is the first time he will tee it up the week before the Masters since 2014. … Hideki Matsuyama (+1400) will make his tournament debut ahead of defending his Masters title next week. He has not played since withdrawing from The Players with a back injury. … Spieth (+1400) has never successfully defended a title on tour. After a runner-up at Pebble Beach, Spieth has not posted a top 25 in his past four starts. … Conners (+1800) won three years ago and is coming off a third-place finish at the Match Play. … Abraham Ancer (+2200) is a San Antonio resident who finished T23 last year. … Bryson DeChambeau (+2800) failed to advance from group play last week in his first event since January. He has missed the cut in each of his two previous event starts. … Charley Hoffman (+7500) is the event’s all-time money leader and was the runner up in 2019 and ’21.
NEXT TOURNAMENT: The Masters, Augusta, Ga., April 7-10

LPGA Tour
LAST TOURNAMENT: JTBC Classic (Atthaya Thitikul)
THIS WEEK: The Chevron Championship, Rancho Mirage, Calif., March 31-April 3
Course: Mission Hills Country Club, Dinah Shore Tournament Course (Par 72, 6,763 yards)
Purse: $5M (Winner: $750,000)
Defending champion: Patty Tavatanakit
Race to the CME Globe leader: Jin Young Ko
HOW TO FOLLOW
TV: Thursday-Friday, 12-4 p.m., 7-9 p.m. ET; Saturday-Sunday, 5-9 p.m. (All times Golf Channel)
Livestream: Thursday-Friday, 12-4 p.m., 7-9 p.m. ET; Saturday-Sunday, 5-9 p.m. (NBC Sports app and golfchannel.com)
Social: @ TheChevronChampionship (Twitter, Instagram); @Chevron_Golf (Twitter); #TheChevronChampionship #TheLastSplash
Notes: This is the first major of the LPGA Tour season and the 51st time it will be held at the Dinah Shore Tournament. The event will move to Houston next year and be played later in the spring. … The 115-player field includes 19 of the top 20 players in the Rolex Rankings, with #2 Jessica Korda still recovering from a blood clot in her arm. … Tavatanakit is defending her maiden win on tour, going wire-to-wire last year. … The winner traditionally jumps into “Poppie’s Pond” with her caddie and is given a bathrobe … Danielle Kang has three consecutive top-13 finishes in the event. … Dottie Pepper holds the tournament scoring record of 19-under 269 shot in 1999. … Lexi Thompson has made the cut in each of her previous 10 event starts, including her first major title in 2014.
NEXT TOURNAMENT: Lotte Championship, Ewa Beach, Oahu, HI, April 13-16