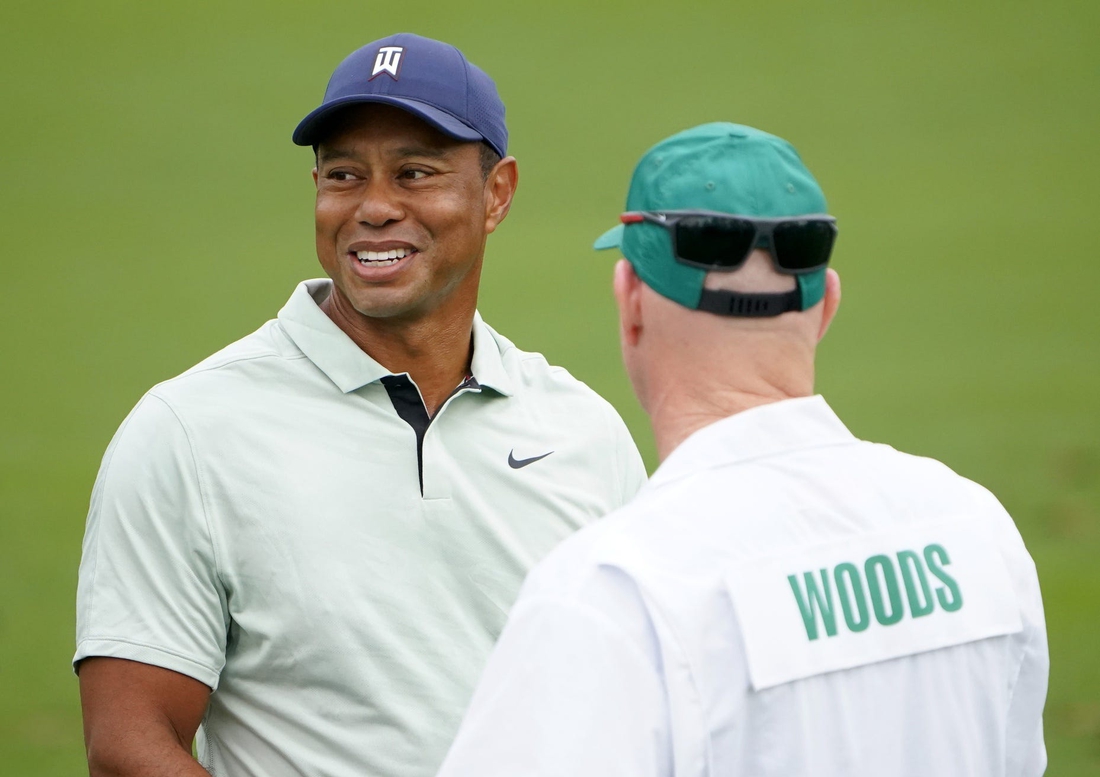 PGA TOUR
LAST TOURNAMENT: Valero Texas Open (J.J. Spaun)
THIS WEEK: The Masters, Augusta, Ga., April 7-10
Course: Augusta National Golf Club (Par 72, 7,510 yards)
Purse: $11.5M (Winner: $2.07M)
Defending Champion: Hideki Matsuyama
FedExCup Leader: Scottie Scheffler
HOW TO FOLLOW
TV: Thursday-Friday, 3-7:30 p.m. ET (ESPN); Saturday, 3-7 p.m. (CBS); Sunday, 2-7 p.m. (CBS).
PGA Tour Live: Daily feeds on ESPN+
Social Media: @TheMasters (Twitter)
NOTES: All eyes are on whether five-time Masters champion Tiger Woods will make his return to competitive golf less than 14 months after a single-car accident nearly required his leg to be amputated. Woods, 46, said Tuesday that “as of right now,” he believes he will be able to play — and that he can win. The 15-time major champ is happy with his swing, but he’s emphasized that walking the course is his main challenge. … Hideki Matsuyama is the defending champion, but due to back and neck injuries he withdrew from The Players Championship before play began and dropped out during the second round of the Valero Texas Open last week. … New world #1 Scottie Scheffler will be among the favorites after his trio of wins this spring vaulted him to the top spot, the most recent being the WGC-Match Play. … Cameron Smith will also play for the first time since his victory at The Players, which vaulted him to sixth in the world. … Players making their Masters debut include Sam Burns (#11 in the OWGR), Talor Gooch (#34), Tom Hoge (#38), Ireland’s Seamus Power (#41) and Australia’s Lucas Herbert (#44). Fuzzy Zoeller was the last player to win the Masters in his first attempt, back in 1979, though Will Zalatoris came close in 2021 and finished second.
BEST BETS: Jon Rahm (+1000 at DraftKings) is still considered the favorite even though he has relinquished his #1 ranking after a lengthy run. The 2021 U.S. Open champion will be searching for his second major title and his first victory of the new season. Rahm has earned four straight top-10 finishes at the Masters, including two top-fives. … Justin Thomas (+1200) is tied with Scheffler for the second-shortest odds. He’s gone quiet at the majors after earning his lone win at the 2017 PGA Championship. His best Masters finish was fourth place in 2020, but he did not land a single top-10 at the majors last season. … Brooks Koepka (+2000) and Rory McIlroy (+2000) are among those atop the board who might be flying under the radar this week. Koepka has had a quiet season but flips a switch when it’s major season, and he’d like to add a green jacket to his two U.S. Opens and two PGA Championships. McIlroy, for the eighth time, will try to complete his career Grand Slam by winning the elusive green jacket. … Bryson DeChambeau (+4500) will play against his doctors’ advice, saying he is at about 80 percent healthy this week after returning from a torn labrum and hand injury earlier this season. … Corey Conners (+5500) is lurking ahead of some better-known names on the board for two reasons. He turned heads with his third-place finish at the WGC-Match Play last month, and his Augusta track record is solid, with two straight top-10 finishes at the Masters.