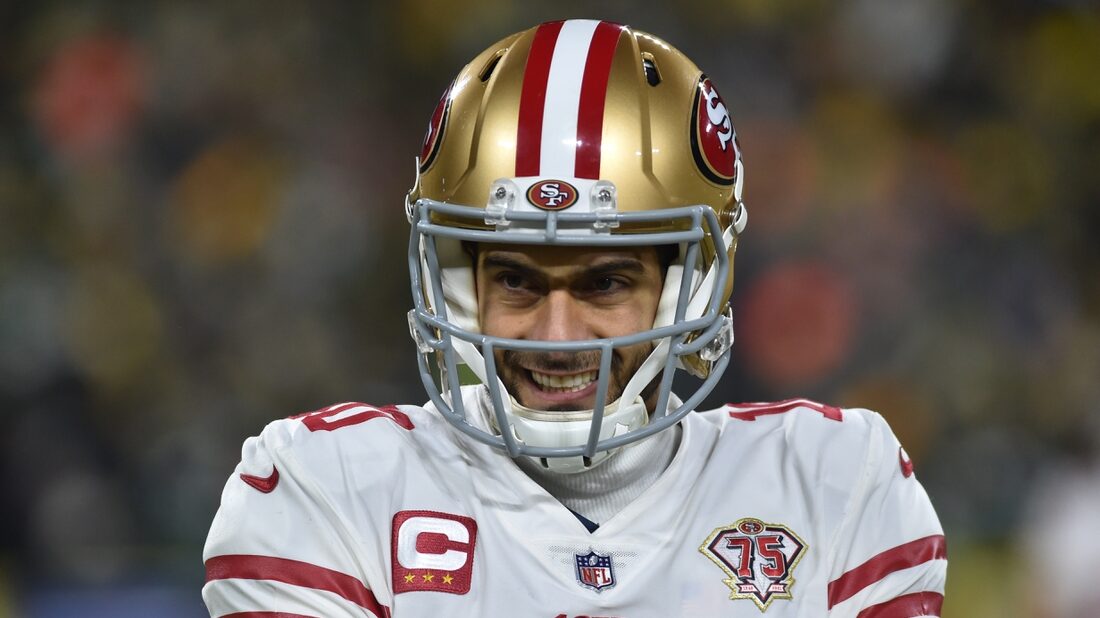 If San Francisco cannot orchestrate a trade for quarterback Jimmy Garoppolo, then he will be back in a 49ers uniform for the 2022 season.

So says 49ers general manager John Lynch, who said Monday he does not foresee a scenario where the team would release the eight-year veteran and two-time Super Bowl champion.

Lynch added that the 49ers have yet to receive a formal offer for Garoppolo, saying they had talked conceptually with teams about a trade, but that the QB’s surgery on his throwing shoulder put a damper on talks.

“I think, ultimately, the teams that we were closest with, the surgery gave them pause and they ended up going in other directions,” Lynch said.

Garoppolo is rehabbing from the surgery and is not expected to be at full strength until training camp begins in July.

Despite Trey Lance waiting in the wings to step in as the team’s #1 QB, and the fact the Niners could save $25.55 million in cap space by releasing Garoppolo, Lynch balked at the idea.

“We value strength at that position,” Lynch said. “You always have to adapt and a series of events happened that it didn’t work out. But that’s not a bad thing, though. We feel positive with it. And we’ll make it work.”

The 49ers selected Lance with the #3 overall pick in the 2021 NFL Draft. He appeared in six games (two starts) and completed 57.7 percent of his pass sttempts for 603 yards with five touchdowns and two interceptions. He was 1-1 as a starter.