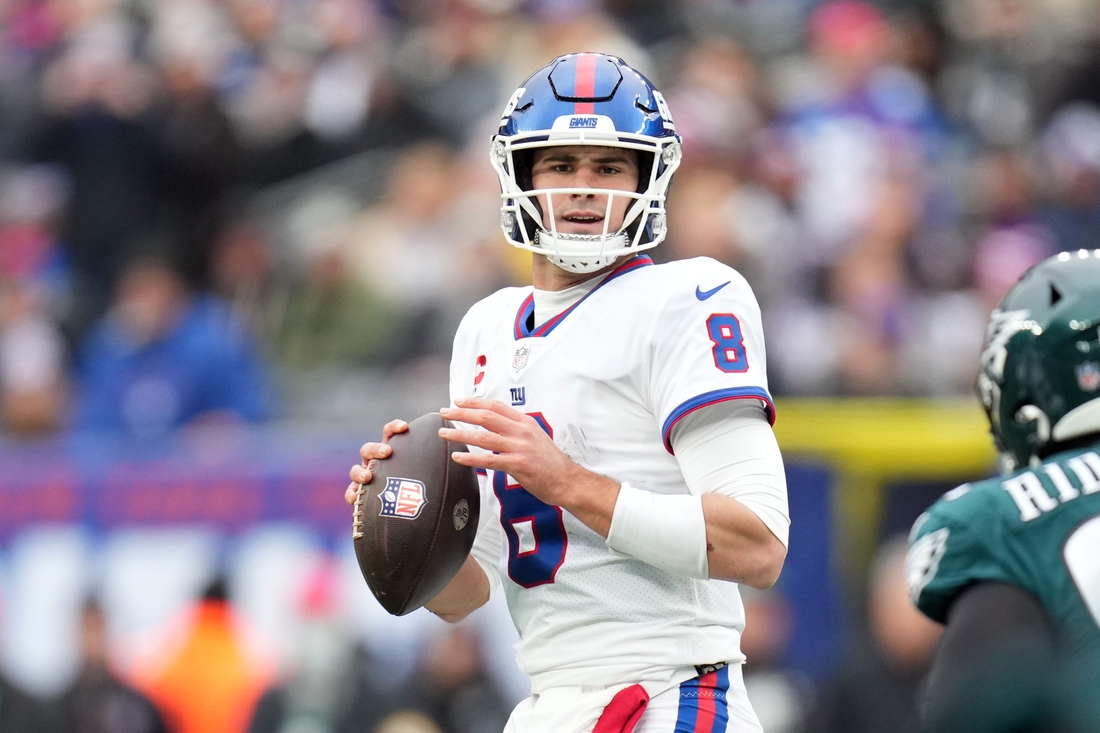 There will be no limitations on what quarterback Daniel Jones can do as the New York Giants begin their offseason workout program Monday.

Jones told reporters he was “cleared and ready to go” with the Giants after a neck injury cut short his 2021 season.

Jones only played 11 games for New York in 2021, his third NFL season, before the injury sidelined him and eventually got him placed on injured reserve. In those 11 games (all starts), Jones threw for 2,248 passing yards, 10 touchdowns and seven interceptions on a career-best 64.3 completion percentage.

He also fumbled seven times, and the Giants went just 4-7 in those games.

The Giants are under new management, with GM Joe Schoen and head coach Brian Daboll opting to bring in veteran Tyrod Taylor at the position. Jones remains the starter for now.

“I’m excited. I’m excited to get going here. I appreciate the support,” he said. “But it’s my job to do my role, to prepare this team, to prepare myself to play as well as I can and put this team in position to win games. So I take that responsibility very seriously and that is what I’m focused on.”

Jones has yet to play a full season in the NFL, missing time each season with injuries while playing behind a much-maligned offensive line. Owner John Mara admitted this winter that the Giants had “done everything we can to screw (Jones) up since he’s been here.”

Soon New York will need to choose whether to pick up the fifth-year option on Jones’ rookie contract for 2023. That would be worth a costly $22.4 million.

“We’ll do that when it comes up,” Jones said Monday. “But I’m focused on what we’re doing here and preparing and taking advantage of every day we have here together.”