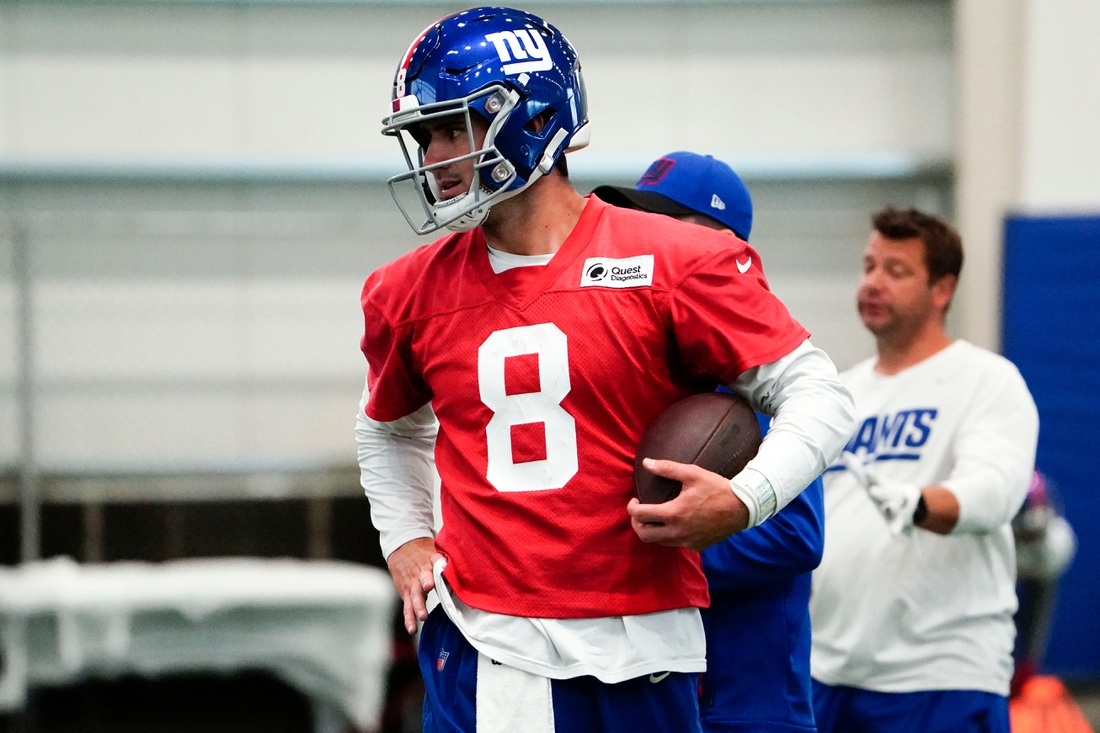 Jones, however, was clear in saying that he remains sold on his abilities.

“Yeah, I’m certainly confident in myself. I’m confident in the team we have and the coaches and the system,” Jones said. “I think we’re all learning it, and we’re improving daily with it. There’s a lot of reasons to be confident, I think, when you look at all those pieces. We’ve got to focus on what we’re doing now. We can’t focus on results and the season. That’s a long way away.”

He missed six games last season with a neck injury.

Jones has shown glimpses of potential in the three seasons since the Giants selected him with the sixth overall pick of the 2019 NFL Draft. Those glimpses weren’t enough, however, as Schoen elected against paying the quarterback $22.3 million in 2023.

“That was certainly out of my control, out of my hands, and that’s the business part of it. I understand that,” said Jones, who turns 25 next week.

“My job is to prepare to play as well as I can, help the team win games, and that’s certainly what I’m focused on.”

And he’ll try to do so under new head coach Brian Daboll, who previously aided in the development of Buffalo Bills quarterback Josh Allen.

Jones completed 64.3 percent of his passes for 2,428 yards and 10 touchdowns in 11 starts last season. He had seven interceptions and seven fumbles.