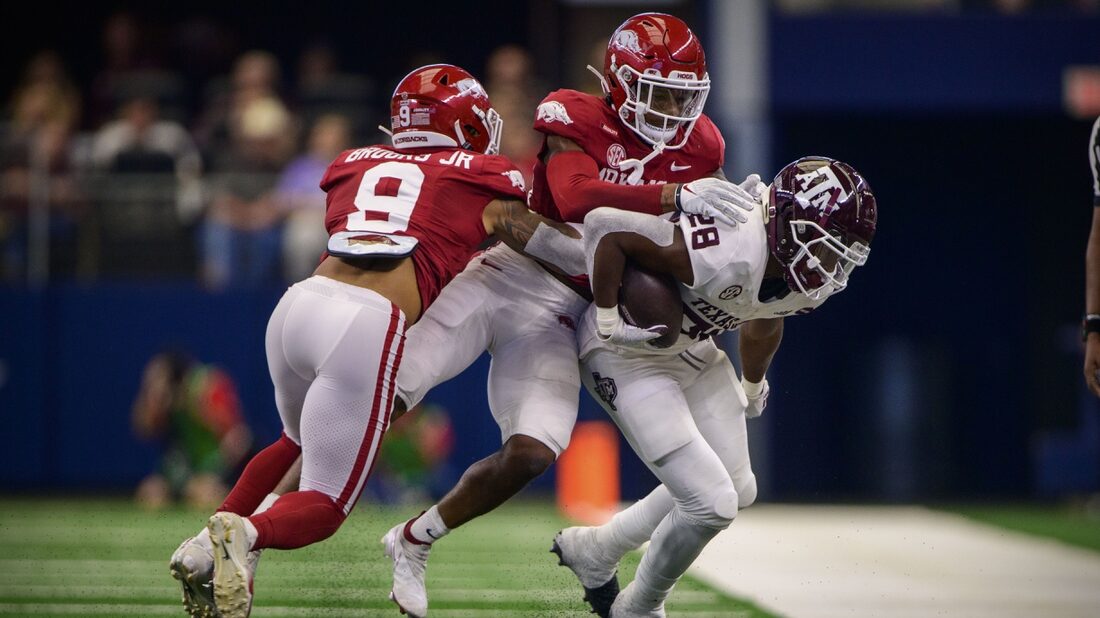 Richard Davenport of the Arkansas Democrat-Gazette and WholeHogSports.com joins the show to preview Saturday’s Top 10 showdown between #8 Arkansas and #2 Georgia.

0:35: Davenport explains why he’s “not shocked” about Arkansas’ improvement since switching from Chad Morris to Sam Pittman.

1:55: Davenport talks about when he first started to see the turnaround.

2:15: He talks about what Razorback QB KJ Jefferson has done well and what this year’s defense reminds him of.

3:25: Davenport explains why he believes the future is promising.

4:40: Davenport talks about the receivers Jefferson has to throw the ball to.

6:00:  What does the Arkansas defense need to do to stay in the game against Georgia?

7:35: Davenport reacts to Georgia opening as an 18.5-point favorite.