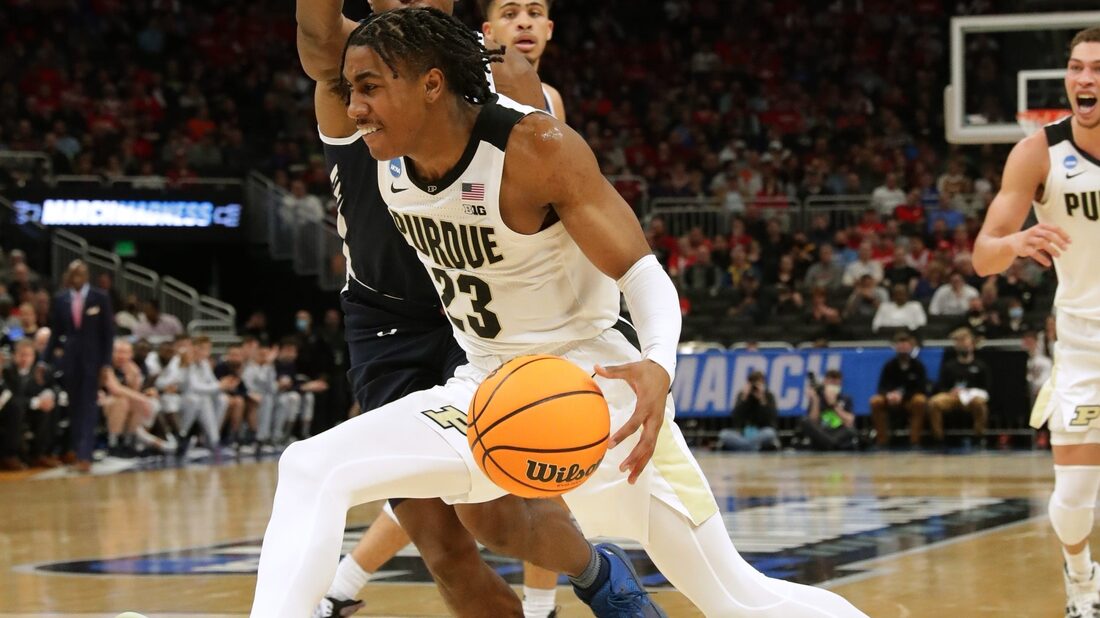 With first-round hurdles safely in the rearview mirror, third-seeded Purdue and #6 seed Texas can focus directly on their second-round East Region matchup Sunday in Milwaukee.

Purdue (28-7), upset in the opening round last season by #13 seed North Texas, defeated Yale 78-56 on Friday behind 22 points from Jaden Ivey and Zach Edey’s 16 points and nine rebounds.

“We talked about it,” Purdue coach Matt Painter said of last season’s early exit. “Obviously we talked about it at the beginning of the season, just the little things and the mistakes we made in that game and how things come down to whether you’re considered a winner or loser over one possession or one play. You see that in this tournament a lot.”

The Boilermakers hold a 9.5 rebounds-per-game advantage over opponents.

Andrew Jones scored 21 points, including 5 of 7 from beyond the arc, to lead Texas past Virginia Tech. The Longhorns, who had five players in double figures, were 10 of 19 from deep.

Virginia Tech entered third in the nation in 3-point field goal percentage at 39.3 percent, but Texas limited the Hokies to 4 of 12 from beyond the arc.

“I thought to hold that team to four made 3-point shots was really where our defense was on point,” Texas coach Chris Beard said. “And then offensively, when we can get the five guys to double figures scoring, I think we can play with anybody in the country.”

It was the first tournament win for Texas since edging Arizona State 87-85 on a last-second shot in 2014 — also in Milwaukee.

“Just so happy for our guys that never won a game in a tournament, never been in the tournament,” said Beard. “This whole deal’s about our players. I think after the season it will be a chance to reflect, but we’re in this tournament to win six games. We’ve always thought the toughest game’s the first one, so obviously we got a day to prepare and we’ve got to play against another one of the best teams in the country.”

Beard, in his first season with the Longhorns, spent 10 seasons at Texas Tech, leading the Red Raiders to the NCAA title game in 2019 and the Elite Eight in 2018.

Timmy Allen leads the Longhorns balanced scoring with 12.4 points per game, as well as a team-best 6.5 boards. Jones averages 11.1 points and Marcus Carr 11.0.

Texas lost three straight before the tournament, but had regular-season wins over Kansas, a #1 seed, and Tennessee, a #3 seed.