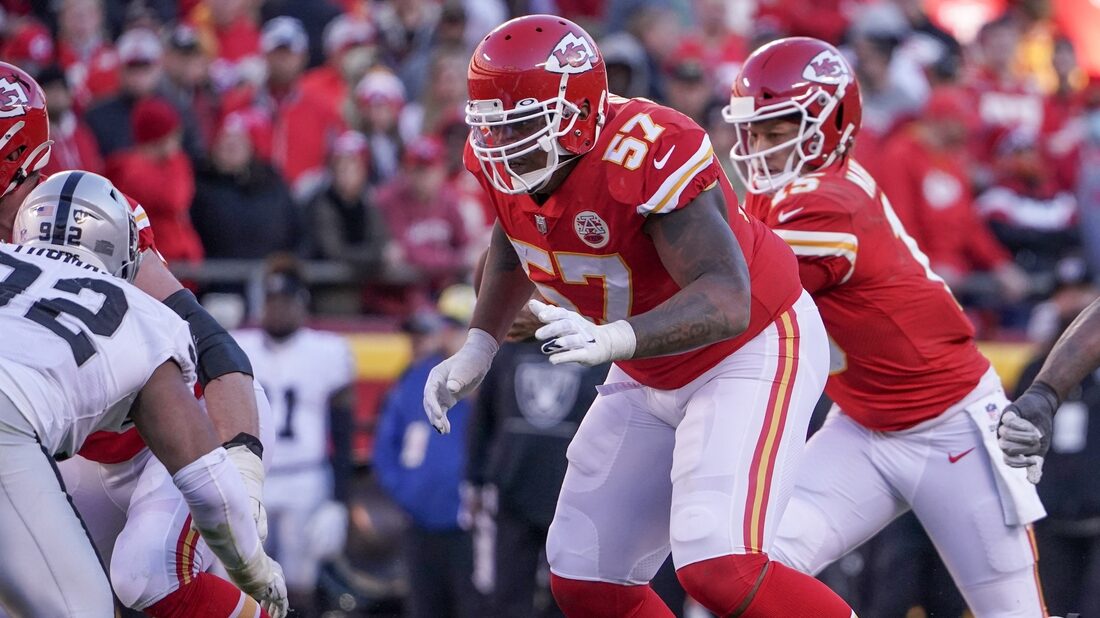 Brown would make approximately $16.5 million on the franchise tag in 2022 if the two sides are unable to work out a long-term deal.

Acquired from the Baltimore Ravens for a first-round pick in the 2021 draft, Brown stabilized the left side of the Kansas City offensive line in a focused overhaul of the Chiefs’ front wall last offseason.

A third-round pick of the Ravens who began his career at right tackle, Brown is a three-time Pro Bowl selection who hiked his value by moving to the left side for the Ravens when Ronnie Stanley (ankle) was lost for the 2020 season.

Tagging Brown shifts the attention of general manager Brett Veach to safety Tyrann Mathieu, who is scheduled to become an unrestricted free agent next week. Mathieu turns 30 in May and said he would love to be back in Kansas City. But he’s also expected to draw significant interest in free agency.

The deadline for teams to designate franchise tag players is Tuesday at 4 p.m. ET.

Bates and the Bengals have not reached a long-term contract extension after negotiating the past two offseasons. By placing the tag on Bates Monday, Cincinnati has until July 15 to sign him to a new long-term deal. Otherwise, the 25-year-old safety will play 2022 under the tag, expected to be roughly $13 million.

Bates has started all but two games for the Bengals since entering the league as a 2018 second-round draft pick. A second-team All-Pro in 2020, Bates has compiled 408 tackles, 35 pass breakups, 10 interceptions, two forced fumbles and two fumble recoveries over four seasons.

Bates added two interceptions in the 2021 playoffs, including one on Matthew Stafford during Super Bowl LVI, along with six pass breakups.

The Browns have a decision to make on fellow TE Austin Hooper, who carries a $13.2 million cap hit in 2022.