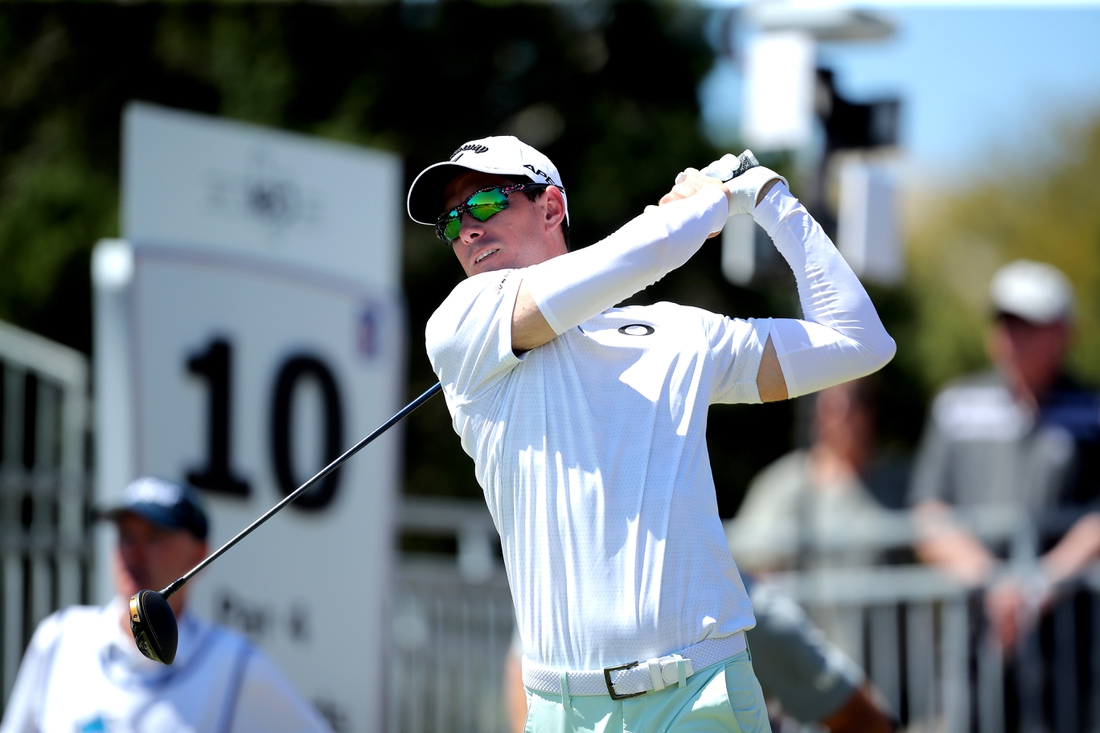 Brandt Snedeker and Beau Hossler shot matching 5-under par 67s on Saturday to form a four-way tie atop the leaderboard of the Valero Texas Open after three rounds at TPC San Antonio.

Snedeker and Hossler jumped 12 spots up the leaderboard on moving day, forging a lead at 10-under 206 with South African Dylan Frittelli (70) and J.J. Spaun (69).

Halfway-point leader Ryan Palmer shot 77 to drop into a tie for 21st at 5 under.

Scott Stallings also shot 67, joining three others for low round of the day, to vault into solo fifth at 9 under. Matt Kuchar (72) sits in solo sixth at 8 under, two shots back. Nine players are tied for seventh place at 7 under.

Snedeker started slow in his bogey-free round, carding just one birdie on the front before collecting four coming in.

“It was pretty simple out there for me today. I hit it pretty good, drove the ball fantastic and hit a bunch of good iron shots,” Snedeker said. “Missed a few short (putts) that I don’t want to do tomorrow, but all in all I feel really good about where my game is and excited about the challenge tomorrow’s going to create.”

Hossler’s round was more chaotic. He finished with seven birdies – including three of the four par 5 holes – but carded a bogey on the front and back.

“It was a challenging round,” Hossler said. “The golf course is drying out significantly. A lot of areas that I think they’ll be putting water on tomorrow evening. Yeah, I mean, to shoot 5-under par today was really good.”

Spaun survived a double-bogey on the par-4 ninth hole and two bogeys on the back nine to card a 69. In between missteps, he recorded seven birdies for the round.

“It was kind of up and down,” Spaun said. “I got off to a nice start. … Just like a lazy double on nine, so seems like my game’s fitting pretty good for this course and I’m confident, so I’m overall pretty happy with today.”

Frittelli posted three birdies against a bogey for his round.

The San Antonio tournament champion would earn a berth in next week’s Masters if he is not already qualified.