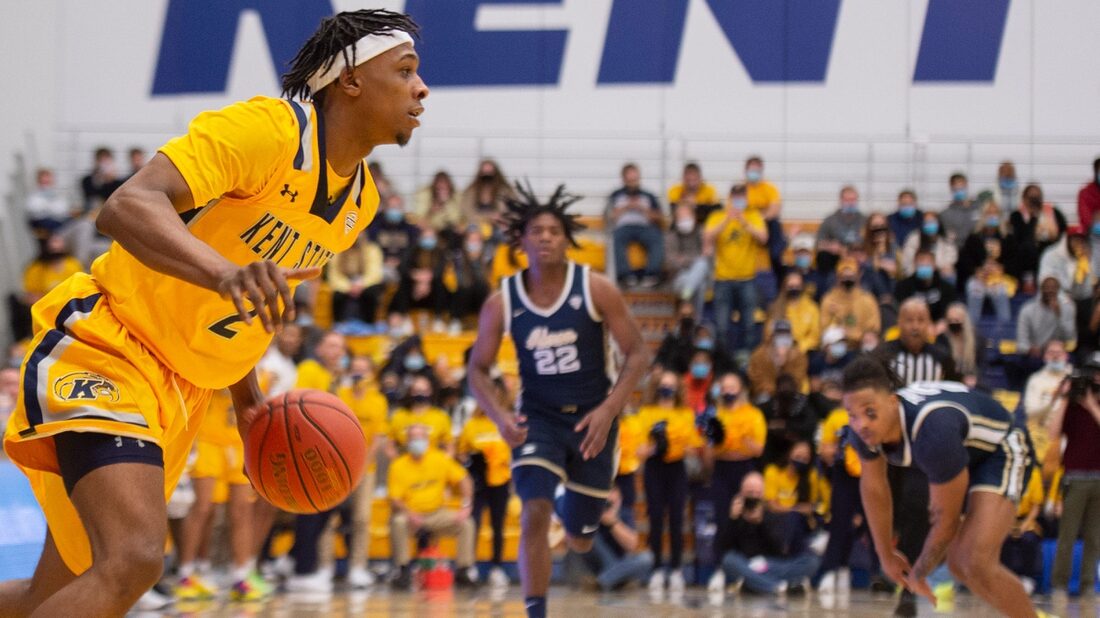 Golden Flashes junior forward D.J. Johnson, who filmed and posted the cell-phone video to Snapchat, was suspended indefinitely. Junior guard Malique Jacobs, freshman center Cli’Ron Hornbreak and freshman guard Julius Rollins will miss the first half of the game against the Zips in Cleveland.

“I’m disappointed this occurred,” Steinbrecher said. “This does not represent the values of Kent State or the Mid-American Conference. However, I commend the leadership of Kent State for being proactive in addressing this matter and collaborating with my office to bring this situation to resolution.”

An automatic bid to the NCAA Tournament is at stake between the schools, whose campuses are separated by approximately 15 miles.

“We are aware of a video posted by a member of the men’s basketball team,” read a statement from Kent State. “The behavior in the video does not reflect the core values of Kent State, nor does it live up to the standards we expect of our student-athletes. We are reviewing this matter and appropriate action will be taken.

“… We expect all member of our Kent State community to act in accordance with our values and behavior to the contrary will not be tolerated.”

Jacobs is the second-leading scorer and leading rebounder for Kent State with 12.5 points and 7.8 boards per game.

In this article:kent state, ncaab