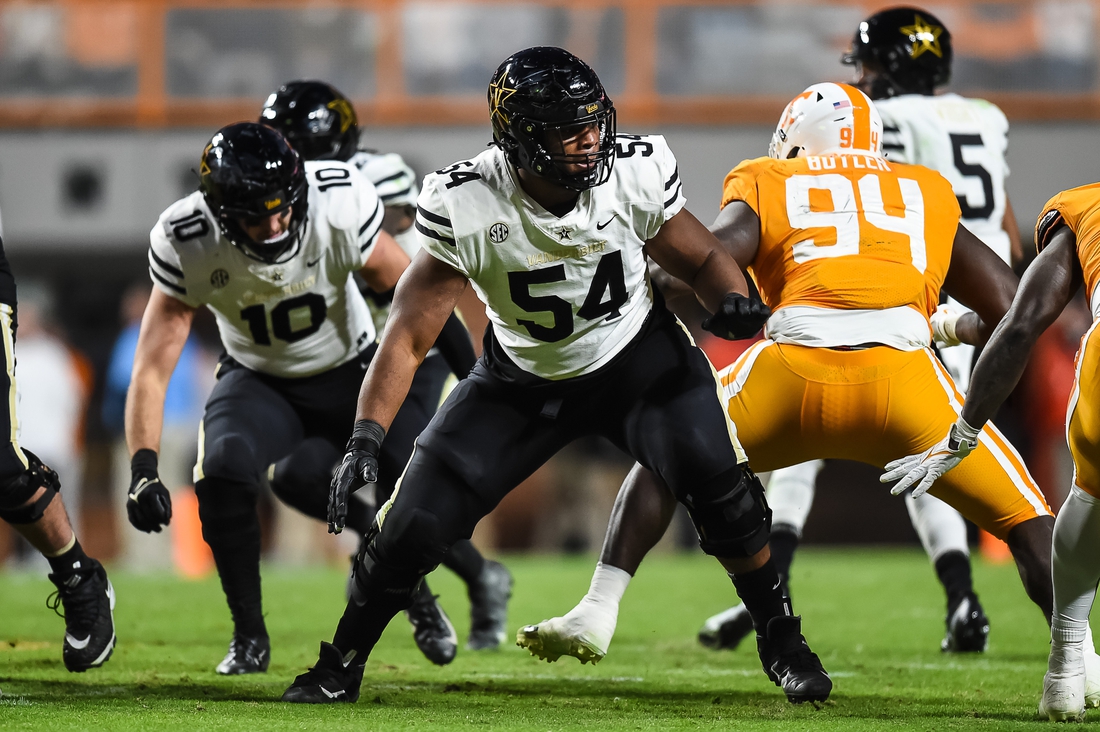 A three-year starter for the Commodores, the 6-foot-5, 315-pound transfer chose the Crimson Tide over LSU and Kentucky.

“Thankful for the opportunity,” Steen posted on Twitter, along with an image of himself in an Alabama uniform and the hashtag RTR (Roll Tide, Roll).

Steen is expected to compete for one of the vacant tackle positions at Alabama following the departures of 2021 starters and NFL draft prospects Evan Neal and Chris Owens.

Originally a three-star recruit in the Class of 2018 from Fort Lauderdale, Fla., Steen started 31 of his 37 games at Vanderbilt.