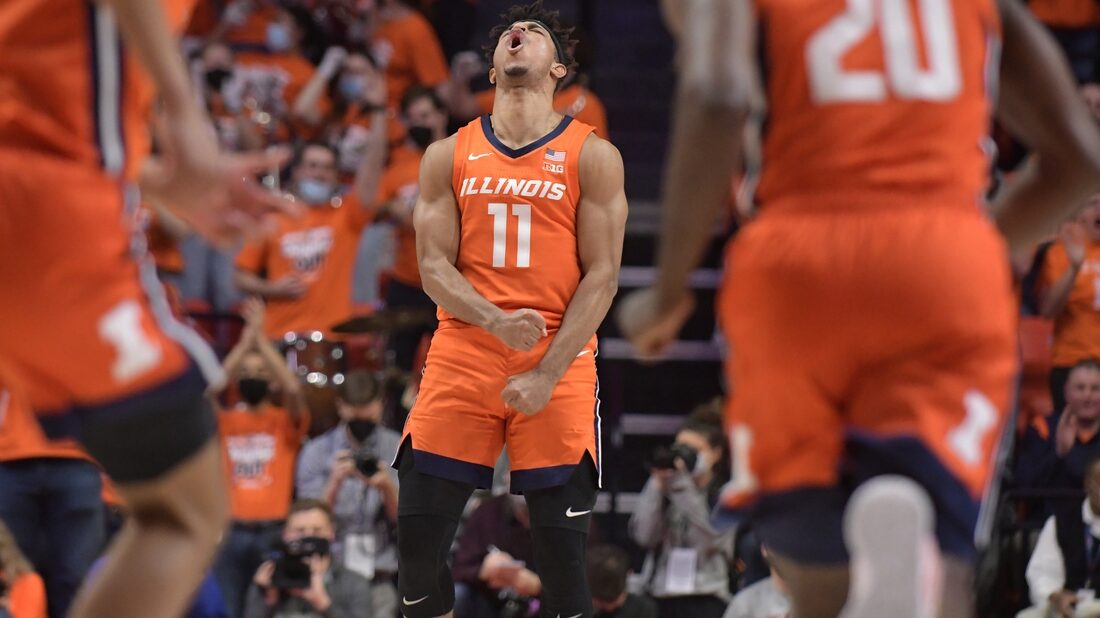 Everyone knows that Kofi Cockburn is the engine of Big Ten Conference regular season co-champion Illinois.

He was named a first team All-American on Tuesday after averaging 21.1 points and 10.6 rebounds.

But if the fourth-seeded Fighting Illini (22-9) are to make a significant run in the NCAA Tournament, starting with Friday night’s first-round game in the South Region against 13th-seeded Chattanooga in Pittsburgh, Cockburn will need help.

That’s where guys like Alfonso Plummer enter the picture. The Utah transfer lived up to his billing as a 3-point sniper and then some in his only season with Illinois, averaging 14.8 points and burying 41.3 percent of his 3-point attempts.

With defenses frequently devoting double and triple-team attention to Cockburn in the lane, Plummer and teammates get a lot of open looks from behind the arc. Should one of those opportunities come to win or lose a game, Plummer vows to be ready.

“If it happens, it’s not going to be a surprise to me,” he said. “Because I’m ready for that.”

Plummer averages three 3-pointers per game. His 93 3-pointers were the most by any Big Ten player. He’s capable of shooting opponents right out of the building, as proven by consecutive games in February when he strafed Ohio State and Michigan for 14 of 19 from behind the arc.

That’s not even his best performance. In a 2020 Pac-12 first-round game against Oregon State, Plummer drilled 11 3-pointers in a Utah loss. It’s largely forgotten because of the outcome and because COVID-19 brought the sports world to a halt the next day.

Ironically, the pandemic is why Plummer is in this position. Because all athletes got an extra “COVID-19” year via an NCAA ruling, Plummer is a “super-senior,” playing his fifth year.

“I’m in that position and I can tell how special it is,” he said of playing in the tournament.

Chattanooga (27-7) is more than capable of turning that special feeling into a rotten one. The Mocs boast the size to play Cockburn straight-up, the shooting to hurt any opponent from deep and a go-to guy in Malachi Smith (20.1 ppg, 50.5 percent shooting).

And Chattanooga also has March Madness’ most dramatic ending so far. It trailed Furman by two points with just over four seconds left in overtime of the Southern Conference title game on March 7. That was just enough time for David Jean-Baptiste to dribble into the frontcourt, rise over two defenders and swish a 30-footer to win the game 64-63.

Coach Lamont Paris knows something about succeeding in March. As an assistant for Bo Ryan’s Wisconsin in 2014 and 2015, Paris was part of Final Four runs. This one resonates a little more for him.

“It’s just a different level of pride and sense of reward and even accomplishment when you’re doing it as the head coach,” he said.