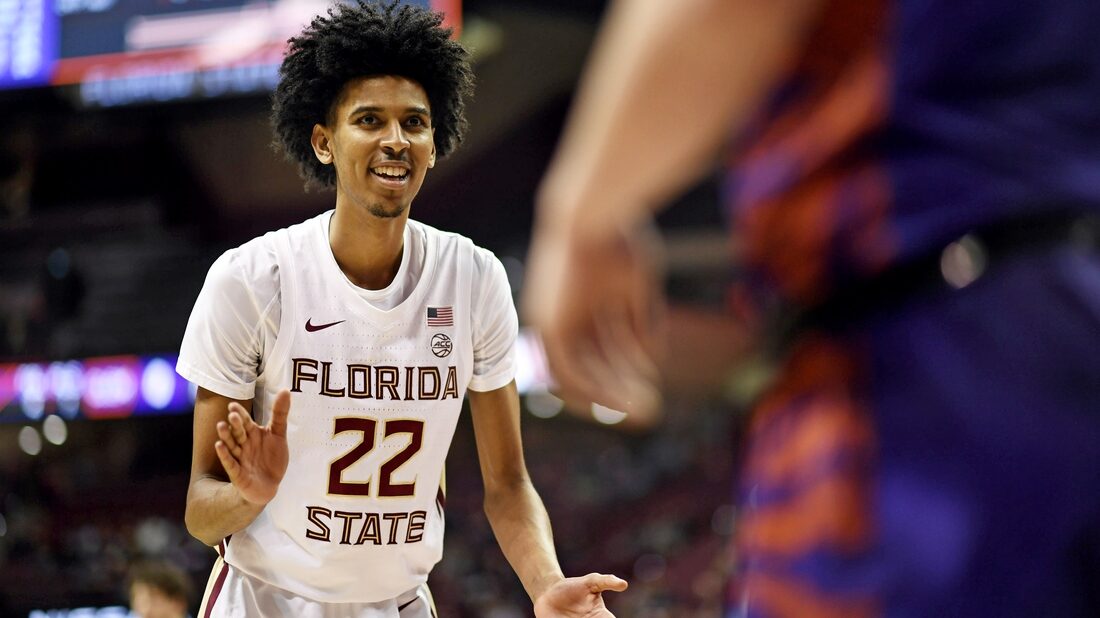 After an injury-riddled regular season, Florida State is suddenly picking up momentum as it heads into next week’s Atlantic Coast Conference tournament.

The Seminoles (16-13, 9-10 ACC) will look to secure their third consecutive victory on Saturday afternoon against NC State (11-19, 4-15) in their home finale at Tallahassee, Fla.

John Butler’s career-high totals in scoring (16 points), rebounds (eight) and blocks (four) on Wednesday lifted the Seminoles to a 74-70 upset win over Notre Dame, currently the #2 seed in the ACC.

Matthew Cleveland sat out the game with flu-like symptoms. Cleveland, who had scored in double figures in the Seminoles’ previous seven games, hit a buzzer-beating 3-pointer to beat Virginia last Saturday in Charlottesville.

On the plus side, Florida State did see the return of Anthony Polite (12 points vs. Notre Dame) after he missed the past month with a wrist injury.

“I can’t say enough about this team, they keep finding ways to go out and represent themselves,” Florida State coach Leonard Hamilton said.

The Wolfpack, meanwhile, are one defeat away from their first 20-loss season ever.

Terquavion Smith scored 22 points and made five 3-pointers and Jericole Hellems added 18 points on Wednesday, but NC State couldn’t slow down Wake Forest in a 101-76 loss.

The Wolfpack head to Tallahassee tied for last in the ACC, having lost three in a row and 11 of their past 13 games.

Despite the slide, NC State athletic director Boo Corrigan told the News & Observer recently that head coach Kevin Keatts, who has four years left on his contract, would return next season.

Much like Florida State, NC State has dealt with injuries to key players, including center Manny Bates just one minute into the season and freshman forward Ernest Ross to a foot injury in January. Dereon Seabron leads the Wolfpack in points (17.3), rebounds (8.2), assists (3.0) and steals (1.4) per game.

“The play will come,” Corrigan told the newspaper. “I believe in what Kevin is and who Kevin is from a basketball coaching standpoint and I think he’s earned the right to (coach).”