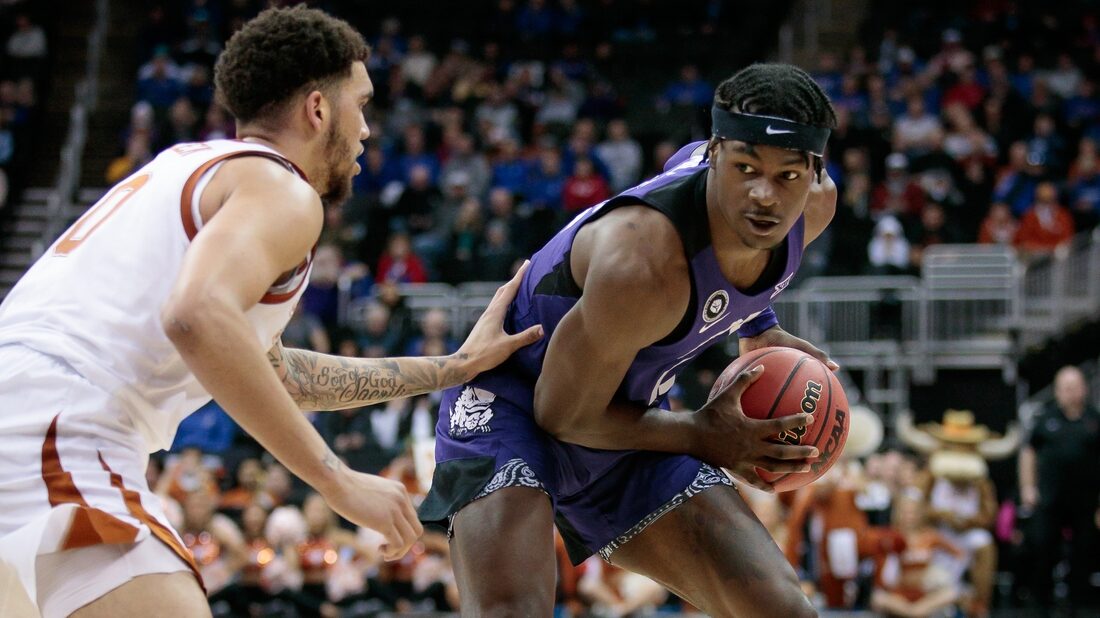 Sixth-ranked Kansas and dangerous TCU are more than familiar with each other, but none of those previous meetings this season can match the stakes that Friday&rsquor;s matchup will carry when the teams meet in the first semifinal at the Big 12 Conference tournament on Friday in Kansas City, Mo.

This will be the third time the teams have played each other in a span of 11 days, with both the Horned Frogs and the Jayhawks winning on their respective home floors in tightly played dustups.

Top-seeded Kansas (26-6) rolled into the semifinals with an 87-63 win over West Virginia on Thursday afternoon. The Jayhawks led by 20 points halfway through first half and never looked back, getting 18 points from conference player of the year Ochai Agbaji in the win.

“Och got us off to a great start — I think he had nine of our first 11 points, if I&rsquor;m not mistaken,” Kansas coach Bill Self said of Agbaji&rsquor;s game. “He played really well. He didn&rsquor;t shoot the ball particularly well because he&rsquor;s 1-for-6 from 3, but we will live with those all day. He was really good. I thought we were pretty balanced, though.”

Jalen Wilson added 15 points, with Christian Braun scoring 11 and taking a career-high 14 rebounds, and Mitch Lightfoot hitting for 10 points on 5-for-6 shooting. Eleven players scored for the Jayhawks, who shot 52.4 percent in the victory, their third straight.

“It is really good to get a win like that,” Braun said. “To start off fast and then we got off our feet for a little bit, get to focus on our next game. We got everybody involved so that was good, got a lot of confidence going into the next game.”

TCU (20-11) earned a spot in the semifinals after a rousing 65-60 comeback victory over #22 Texas on Thursday in the quarterfinals that snapped a seven-game losing streak to the Longhorns.

Damion Baugh scored 17 points, Mike Miles added 13 and Eddie Lampkin hit for 10 in the win, which Francisco Farabello iced with a pair of free throws with 15.3 seconds left. TCU erased a 20-point first-half deficit and earned just its second-ever appearance in the Big 12 semifinals.

“I&rsquor;m obviously proud of our guys, how we responded,” TCU coach Jamie Dixon said. “Certainly, a tale of two halves — we shoot 29 percent in the first half, 65 in the second half. Just more aggressive getting to the basket, not settling on shots, but it really started with our defense.

“We really addressed that at halftime and really told them that we had a chance, and we had an opportunity and that they would slow it down and we would play better.”

The Horned Frogs held Texas to a season-low 20 points in the second half, when the Longhorns shot just 22.6 percent.

“We just came together like timeouts, huddles, anything,” Baugh explained. “Just keep telling them to get three stops at a time. Basketball is a game of runs. They had their run, so it was time for us to make ours.”