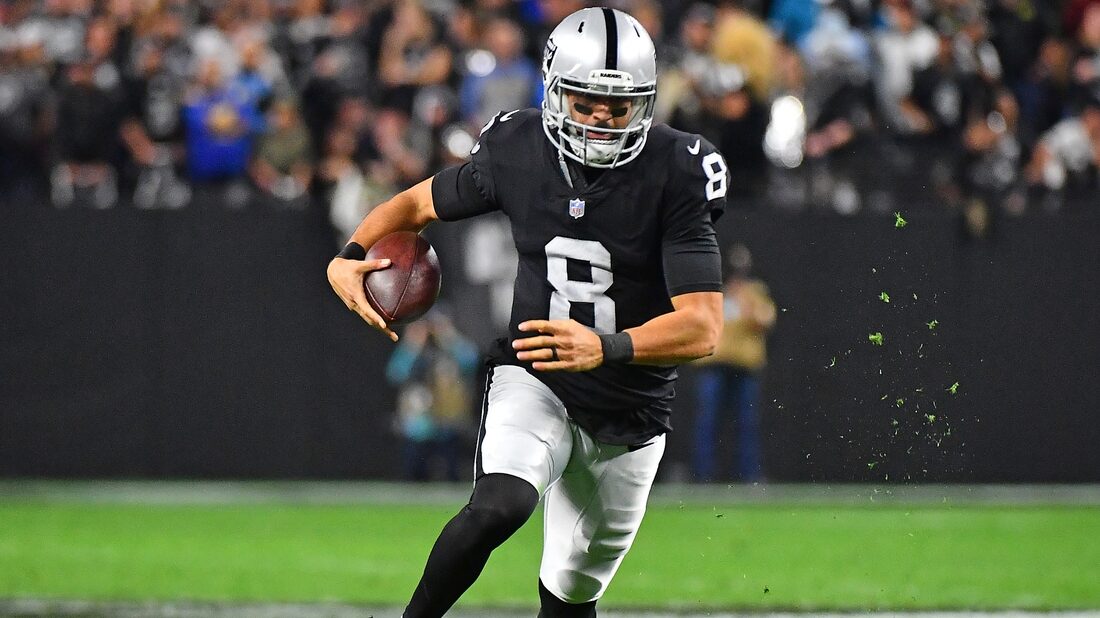 Free-agent quarterback Marcus Mariota signed a two-year contract with the Atlanta Falcons on Monday, not long after the Falcons dealt longtime franchise QB Matt Ryan to the Indianapolis Colts.

Mariota most recently backed up Derek Carr and played in special packages for the Las Vegas Raiders for two seasons after spending his first five NFL campaigns with the Tennessee Titans.

Atlanta head coach Arthur Smith overlapped with Mariota in Tennessee. Smith was the Titans’ tight ends coach from 2015-18 and offensive coordinator in 2019, the year Ryan Tannehill unseated Mariota for their starting job.

The Hawaiian got into 11 games in Las Vegas across 2020 and 2021, scoring two rushing touchdowns and throwing for another. He attempted just two passes in 2021.

Ryan, 36, was Atlanta’s starter for the past 14 seasons. The Colts gave up a third-round pick in the 2022 draft to acquire Ryan as their new answer at quarterback.