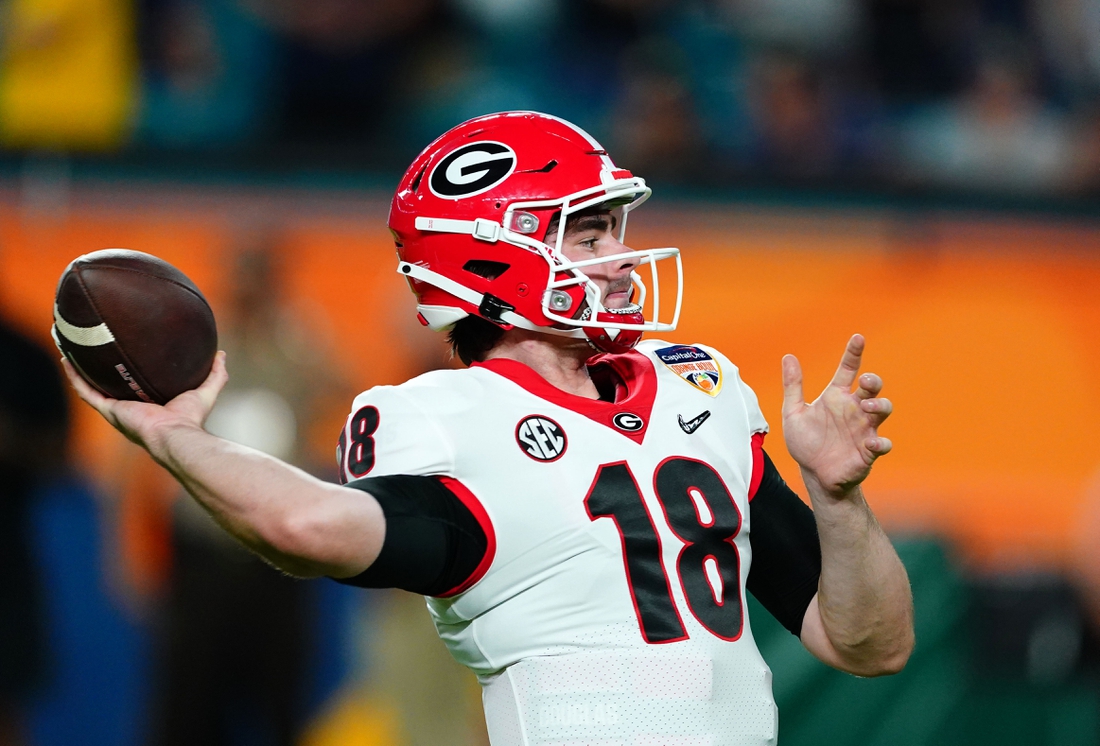 Quarterback JT Daniels is hoping the third time is the charm.

Daniels told ESPN on Wednesday that he’s transferring to West Virginia. The Mountaineers will be the third team for Daniels, who entered the NCAA transfer portal after two seasons at Georgia. He also played two seasons at Southern California.

“It definitely helped knowing Graham coming into it and having a really good relationship with him,” Daniels said. “Knowing that I trust that offense and that system, and I believe in it. I also feel really comfortable with Coach Brown and the ideas that he has and the way that he runs a program.”

Daniels completed 68 of 94 passes for 722 yards with seven touchdowns and three interceptions in five games last season with national champion Georgia. He battled oblique and lat muscle injuries during the season.

His college career began with promise at USC before a knee injury in 2019 allowed Kedon Slovis to emerge as the Trojans quarterback.

Daniels is expected to battle returning quarterbacks Garrett Greene and Will Crowder and incoming freshman Nicco Marchiol for the starting job in West Virginia. Jarret Doege, who started the past two seasons, transferred to Western Kentucky.