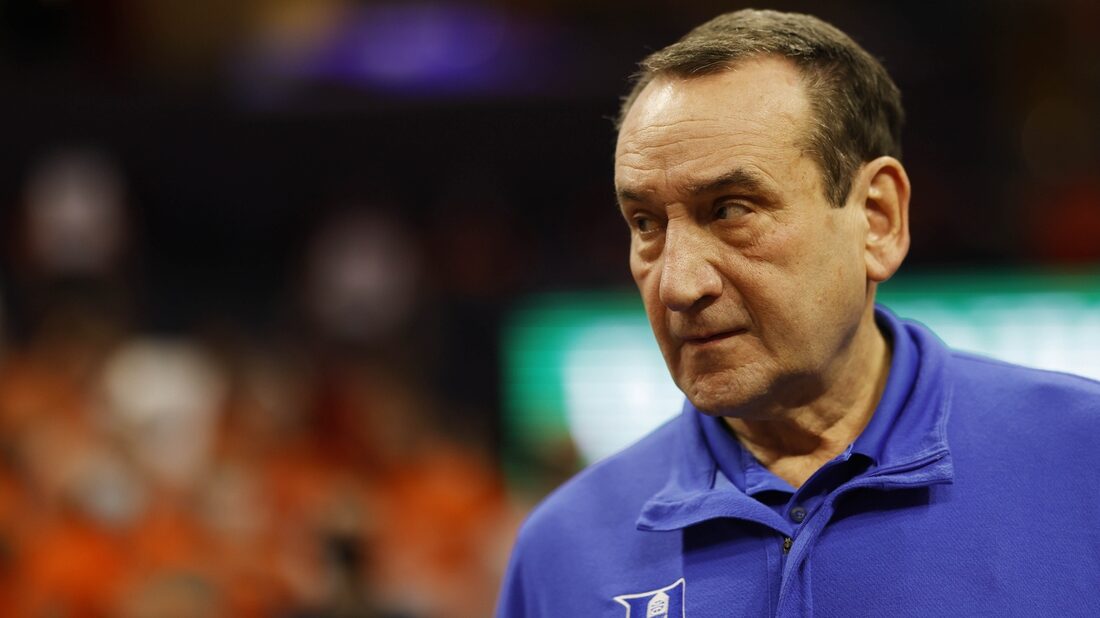 When North Carolina and Duke play Saturday night, it might be the biggest game in this storied rivalry.

And there’s not even a championship at stake.

But with Duke coach Mike Krzyzewski retiring at season’s end, this has become one of the most anticipated games in series history.

It’s the final game for Krzyzewski at Cameron Indoor Stadium in Durham, N.C., and the venue will be filled with emotion. Krzyzewski has patrolled the sidelines there for 42 seasons.

“We got a chance to play against an outstanding team on Saturday in what will be a great setting and that’ll help us going into next week,” Krzyzewski said. “And then let’s see what happens after that. But I like where my team is at right now.”

When Notre Dame lost Wednesday night at Florida State, it meant that Duke (26-4, 16-3 Atlantic Coast Conference) had secured its first outright ACC regular-season title in 16 years. This marks the 13th time under Krzyzewski that the Blue Devils have won or shared the regular-season conference crown.

“But my goal every year is the NCAA Tournament … I’m proud of it, don’t get me wrong,” Krzyzewski said. “But it’s not, ‘Why you haven’t won this?’ Yeah, but we won two national championships (in between regular-season ACC titles). I’d rather have that.”

North Carolina (22-8, 14-5) is tied for second place with Notre Dame. A victory against Duke coupled with a Notre Dame loss to Pitt on Saturday would push the Tar Heels to the #2 seed for the ACC tournament.

Krzyzewski will be honored as part of pregame ceremonies. He’ll also address the crowd following the game.

The importance of this game for the Blue Devils and their fans can’t be overstated.

“We’ve got to take care of Saturday, but then we can look and really celebrate it,” Duke guard Trevor Keels said. “We’re happy we’re in first place, but we’ve still got a huge game Saturday to take care of.”

Krzyzewski has coached the Blue Devils to a 50-46 record against North Carolina, facing the Tar Heels when they’ve been coached by Dean Smith, Bill Guthridge, Matt Doherty, Roy Williams and now Hubert Davis.

For Davis, this will be his first visit to Duke as head coach.

“Being a college coach is a roller coaster,” Davis said. “You have to find joy in how hard it is to be the best that you can be.”

In the first meeting of the season on Feb. 5, Duke stormed to a huge early lead and topped the Tar Heels 87-67 in Chapel Hill. In the last 101 meetings in the series, Duke holds a 51-50 edge.

North Carolina forward Armando Bacot has tied the team’s single-season school record with 23 double-doubles. Brady Manek scored 21 points last month vs. Duke and he has led the Tar Heels in scoring in four of their last nine games.