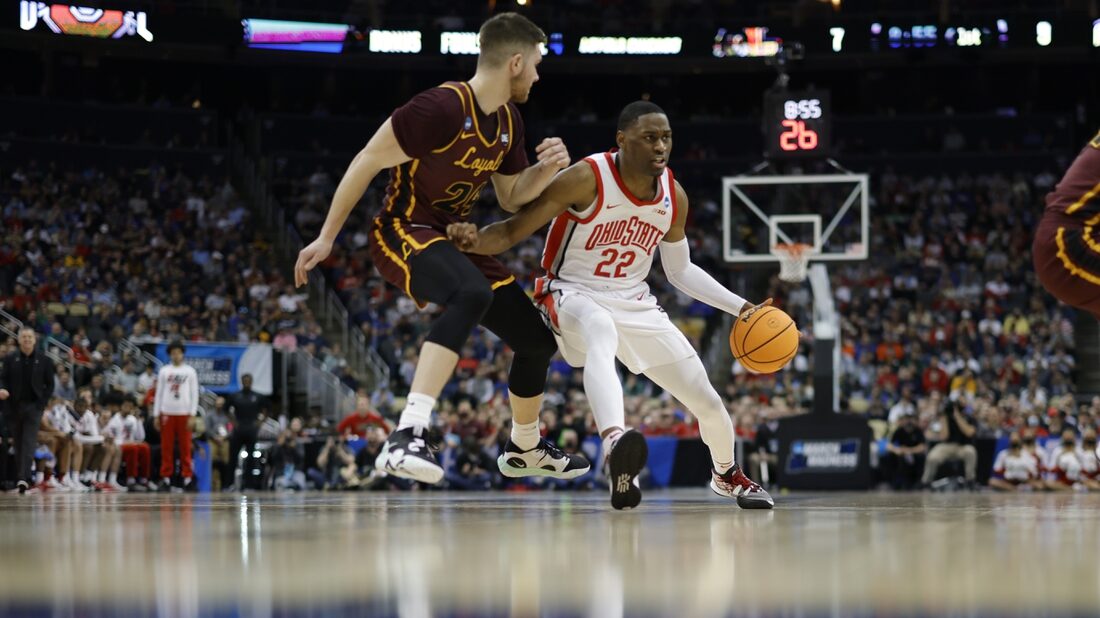 E.J. Liddell collected 16 points and 10 rebounds and Malaki Branham added 14 points to lift seventh-seeded Ohio State to a 54-41 win over 10th-seeded Loyola Chicago on Friday in the first round of the South Region in Pittsburgh.

Ohio State had lost four of five. Buoyed by the return of Kyle Young (concussion) and forward Zed Key (right ankle sprain, the Buckeyes looked like a different team.

“When we’re fully healthy we’re a different team,” Liddell said on the CBS broadcast following the game. “When Kyle’s out there, Zed’s out there, we’re ready to go. I felt like they came in ready to play today.”

Braden Norris, from the Columbus suburb of Hilliard, Ohio, led Loyola (25-8) with 14 points. The Ramblers, in their third NCAA Tournament appearance in five seasons, shot 15 of 56 (26.8 percent) from the floor and made 3 of 10 free throws.

It was the first time the Buckeyes won an NCAA Tournament game scoring under 60 points since 1961.

“It wasn’t the best offensive display, OK?” Ohio State coach Chris Holtmann said. “It wasn’t pretty to watch. Sorry for everybody out there watching.”

Ohio State led 23-18 at the half but quickly extended the margin 36-23 when Meechie Johnson Jr. made the Buckeyes’ first 3-pointer of the game in 11 tries with 13:41 remaining.

The first half featured strong defense that led to poor shooting and a combined 15 turnovers, eight by the Buckeyes.

Ohio State trailed 11-9 with just over seven minutes left when Branham ran off six straight points as part of a 10-3 run.