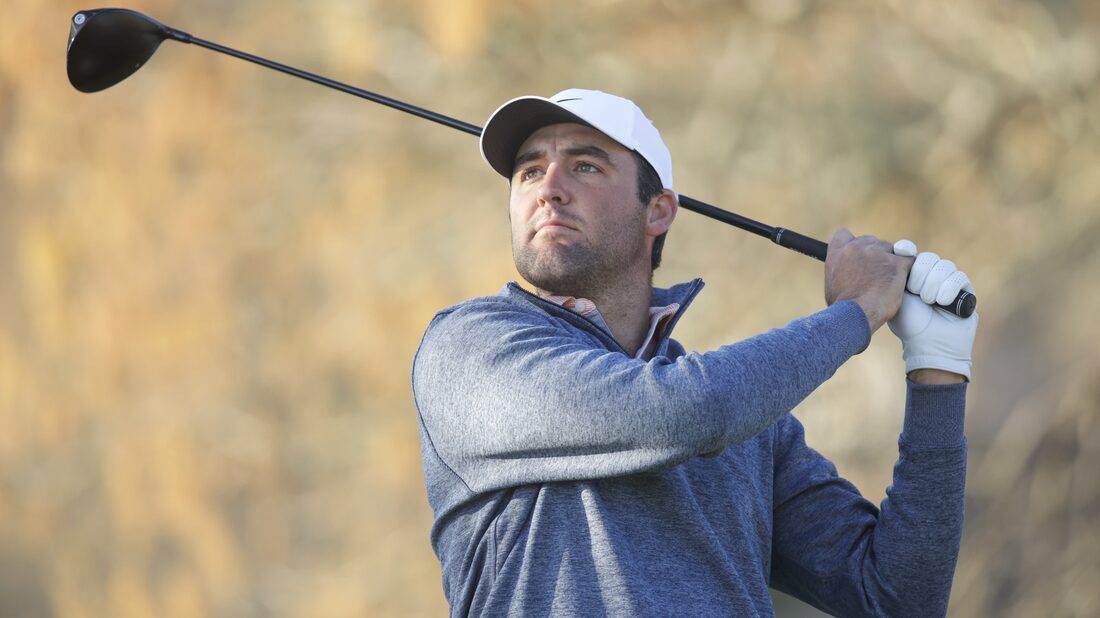 Scottie Scheffler defeated Billy Horschel 1 up and Ireland’s Seamus Power 3 and 2 on Saturday to reach the semifinals of the World Golf Championships-Dell Technologies Match Play, positioning himself to leap from #5 to #1 in the world rankings if he wins the title Sunday.

Scheffler will meet former world #1 Dustin Johnson, the WGC-Match Play champion in 2017, in one semifinal match Sunday. Kevin Kisner and Canada’s Corey Conners will contest the other, and the two victors will face off in an afternoon match at Austin (Texas) Country Club to decide the champion.

Scheffler, 25, notched the first two PGA Tour wins of his career this season at the Waste Management Phoenix Open and the Arnold Palmer Invitational, boosting his standing in the Official World Golf Ranking.

“I wouldn’t say I’m in a rush really to do anything out here,” Scheffler said. “I’m pretty blessed to be playing out here on the PGA Tour. I’m just enjoying myself out here and trying to do the best I can and to compete.”

Scheffler reached the final of last year’s event and lost 2 and 1 to Horschel, a defeat he avenged with Saturday’s victory in the Round of 16. The match was all square through 15 holes before Scheffler’s second shot at the par-5 16th soared past the green and landed in dirt next to a fence.

He got up and down by pitching his third shot to about 8 feet and making the ensuing birdie putt. Horschel missed his birdie putt, falling behind for good.

Scheffler went 2 up on Power through seven holes before Power won Nos. 8 and 9 to tie it again. But Scheffler’s birdies at the par-5 12th and par-4 13th gave him all the cushion he needed before he holed out for eagle at 16 for a final flourish.

“I only needed a 4 so I was playing a little bit conservative with the pitch, but it was definitely nice to see that one go in,” he said.

Johnson defeated England’s Richard Bland 3 and 2 before meeting Brooks Koepka in the quarterfinals. Koepka made it that far by beating world #1 Jon Rahm in 19 holes, making a 16-foot birdie putt when they replayed #10.

Koepka beat Johnson on the second and third holes before Johnson rallied and drew all square through 11. He took the 15th and 18th holes (both birdies) to win, 2 up.

“I’m striking it really well, so I’m giving myself a lot of chances,” Johnson said. “Like this afternoon, obviously it was a tough match against Brooks, but never really gave him any holes. … But never really got frustrated, just knew I needed to keep hitting good shots, keep getting good looks, and I could fight back in the match.”

Like Johnson, Kisner is a past Match Play champion, having won in 2019. On Saturday he beat Australia’s Adam Scott 1 up and Will Zalatoris 4 and 3.

Scott led Kisner for most of the morning and was 3 up through 14 before Kisner got hot, finishing birdie-eagle-par-birdie to win four straight holes and earn a come-from-behind victory. The eagle came at #16, when he holed out from a greenside bunker to beat Scott’s birdie.

“It’s kind of crazy how much good fortune I’ve had at this golf course and this tournament,” Kisner said.