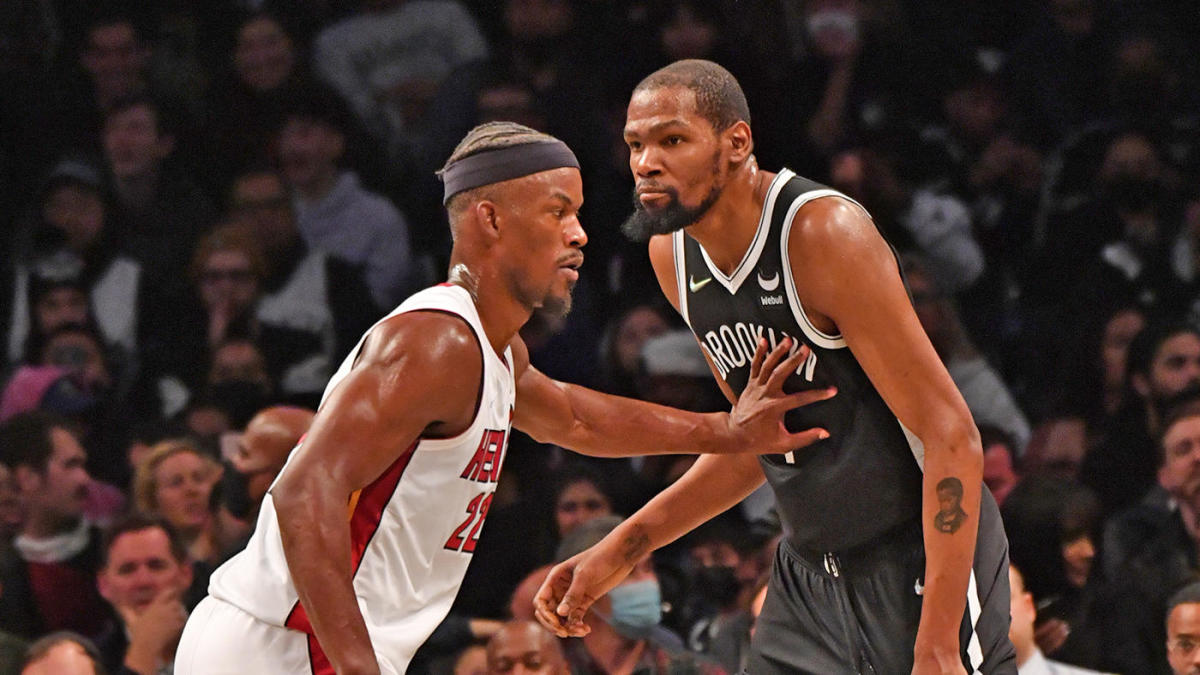 As the Brooklyn Nets attempt to trade Kevin Durant for something resembling fair value, they not only need to contend with the teams they are negotiating with, but Durant himself. He has offered two teams, the Miami Heat and Phoenix Suns, as preferred destinations. Here’s where things get complicated: Durant reportedly only wants to go to the Heat if most of their team is kept intact.

According to The Athletic, Durant would only want to play for the Heat if he could do so alongside Jimmy Butler, Bam Adebayo and Kyle Lowry. Considering what little assets Miami would have to offer Brooklyn aside from those three, a Heat trade now appears somewhat unlikely.