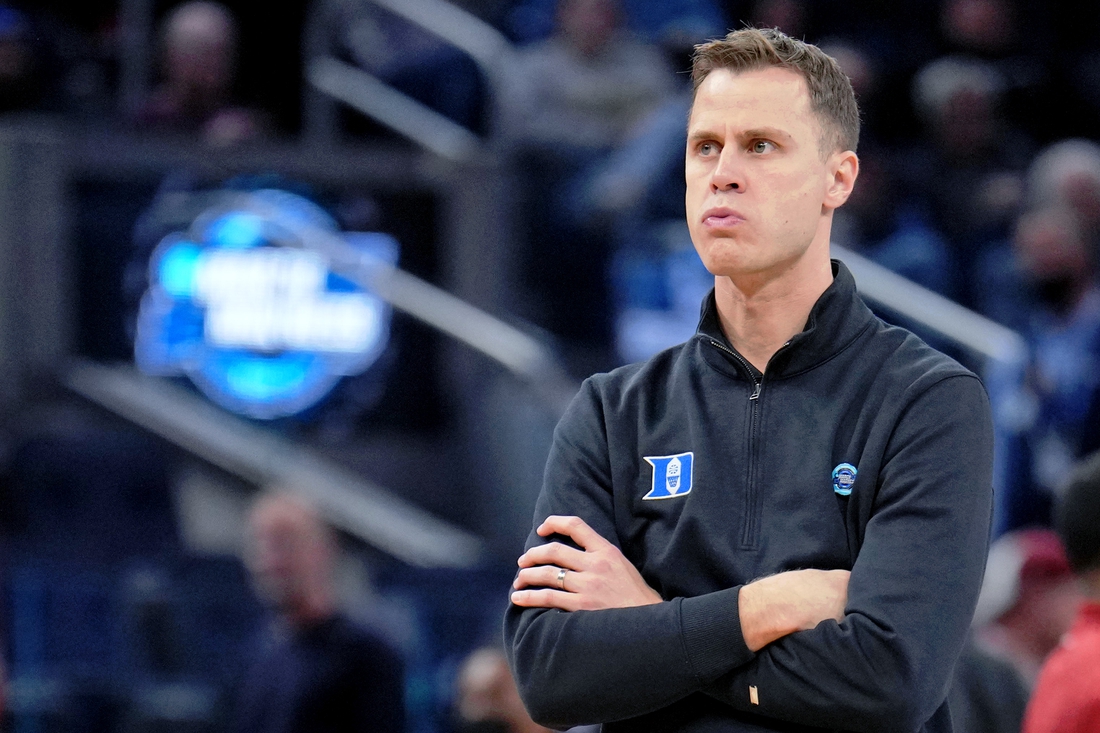 Mike Krzyzewski’s departure won’t damage the Duke basketball program, oddsmakers believe, as the Blue Devils were established as the early favorite or a co-favorite to win the 2023 NCAA Tournament.

Duke fell to North Carolina in the Final Four on Saturday before the Tar Heels lost 72-69 to Kansas in a classic championship game Monday night in New Orleans.

In odds posted Monday night for the next champion, DraftKings listed Duke, under new head coach Jon Scheyer, as the clear favorite at +750. North Carolina is second at +1000. New champion Kansas was listed with +1200 odds, as were Kentucky, which was stunned by Saint Peter’s in the first round of the just-concluded tournament, and Gonzaga, which opened the 2022 tournament as the #1 overall seed before losing to Arkansas in the Sweet 16.

UCLA and Arkansas were both listed at +1600 by DraftKings, with Villanova, Houston and Arizona each at +1800. Texas rounds out the top group at +2000.