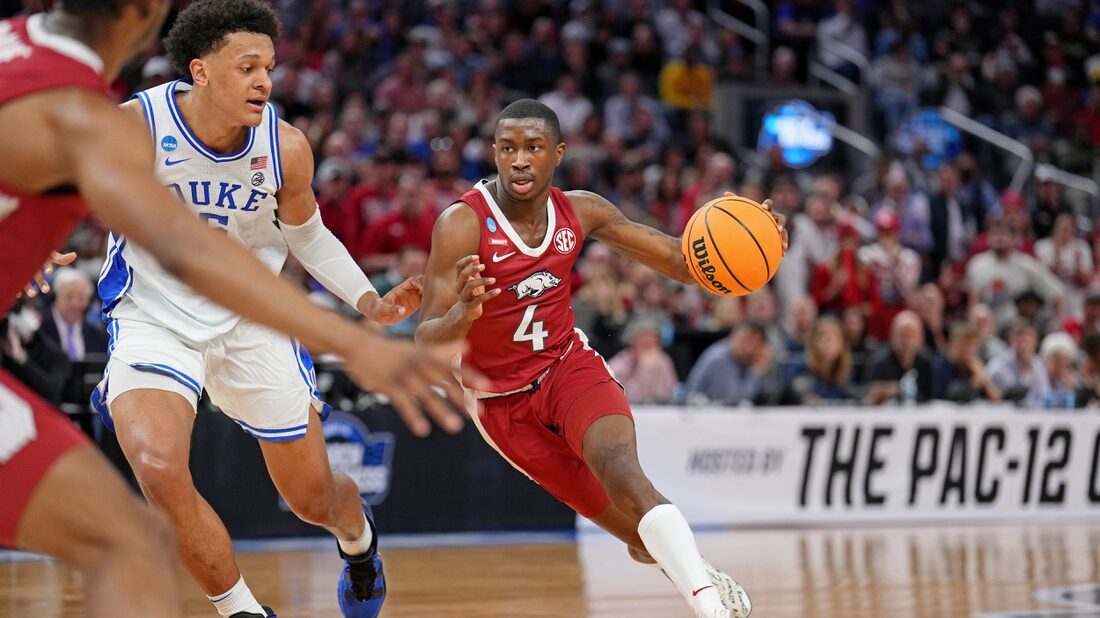 AJ Griffin scored 18 points on 7-of-9 shooting and Mike Krzyzewski is going to end his career in the Final Four after Duke recorded a 78-69 victory over Arkansas in the West Regional final on Saturday night at San Francisco.

The Final Four appearance will be a record 13th for Krzyzewski, snapping a tie with legendary UCLA coach John Wooden. Coach K is retiring after this season.

Wendell Moore Jr. scored 14 points and Mark Williams was 6-for-6 shooting while contributing 12 points, 12 rebounds and three blocked shots for Duke. The Blue Devils won for the 13th time in the past 15 games.

Jaylin Williams registered 19 points and 10 rebounds for fourth-seeded Arkansas (28-9), which lost in the Elite Eight for the second straight season.

JD Notae scored 14 points before fouling out with 3:47 left and Stanley Umude also had 14 points as the Razorbacks lost for just the fourth time in the last 22 contests.

Duke connected on 54.7 percent of its field-goal attempts, including 4 of 10 from 3-point range, while leading for more than 33 minutes. The Blue Devils held a 34-25 rebounding edge.

The Razorbacks made 41.9 percent of their shots and were 6 of 20 from long distance.

The Blue Devils led by 12 at halftime and again led by that amount after Moore’s basket with 15:12 remaining.

But Arkansas suddenly showed some life with a 9-2 run and Jaylin Williams’ three-point play cut Duke’s lead to 53-48 with 13:19 left.

However, the Blue Devils answered with the knockout punch, scoring 10 consecutive points to push their lead to 15. Banchero and Griffin each had four points during the run.

Griffin later drained two 3-pointers in a 77-second span to increase Duke’s lead to 72-54 and the Razorbacks were unable to mount another charge.

Mark Williams had 10 points and eight rebounds in the first half as Duke led 45-33 at the break.

The game was tied at 14 after Notae’s 3-pointer with 12:40 left in the half before the Blue Devils scored the next eight points and led the rest of the contest.

Arkansas trailed by four late in the half before Duke scored the final eight points, capped by Trevor Keels’ 3-pointer as time expired.