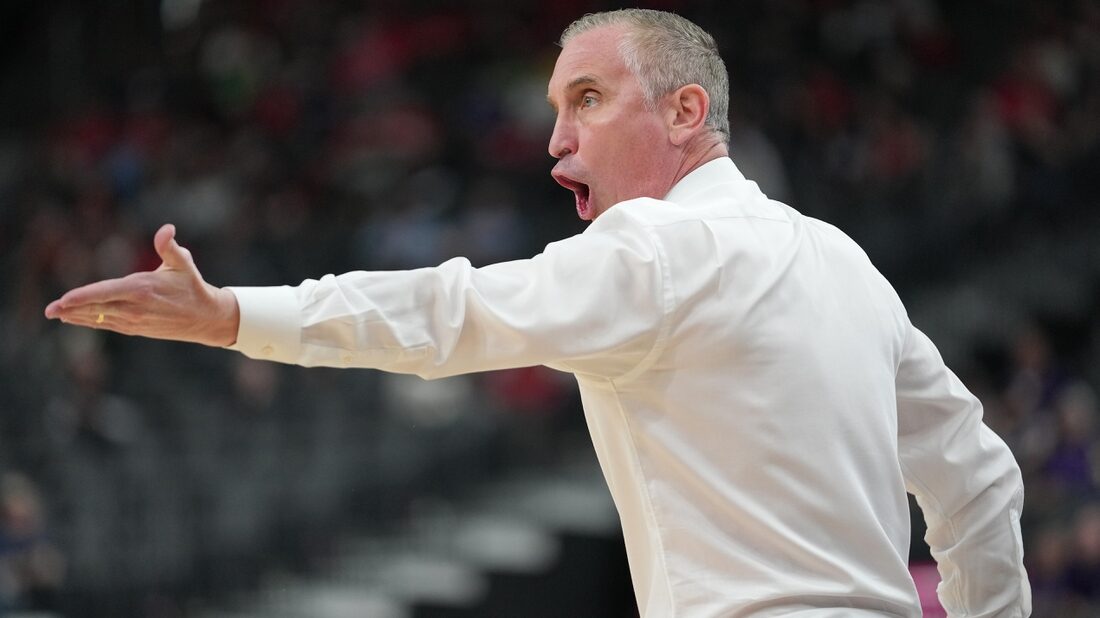 James Keefe’s jumper as time expired capped a 16-1 run and gave Stanford a 71-70 win over Arizona State in the first round of the Pac-12 Tournament on Wednesday afternoon in Las Vegas.

Keefe, who had 16 points on 7-of-8 shooting and collected 10 rebounds, grabbed a loose ball in the paint and put up the shot just before the buzzer went off. The ball hit the rim and backboard before it fell through.

The ninth-seeded Cardinal (16-15) trailed 69-55 with 3:01 to go but made six of their final 10 shots, including the last three, while #8 Arizona State (14-17) missed three of four free throws down the stretch. A shot by Jalen Graham fell short with nine seconds remaining, setting up Stanford’s winning possession.

Stanford, which snapped a five-game losing streak, will face top-seeded Arizona (28-3) in Thursday’s quarterfinals. The Cardinal lost both games to the Wildcats during the regular season, including an 81-69 loss in Tucson during the final weekend before Pac-12 tourney play.

Arizona State lost despite making 15 of 28 3-pointers, tying the Pac-12 tourney record for makes previously set by Stanford (against the Sun Devils) in 2013. DJ Horne had five of those triples, scoring 21 points and he topped 1,000 career points along the way.

Jay Heath was 4 of 5 from deep for 12 points and Marreon Jackson (14) hit three 3-pointers for Arizona State, which had won four straight and seven of eight entering the postseason.

Spencer Jones had 26 points and made six 3-pointers for Stanford, including a triple with 37.8 seconds to go that cut it to 70-69.

Arizona State led 31-27 at the half and extended it to a 45-30 edge with 15:06 left on a 3-pointer by Heath. The Sun Devils made four 3-pointers in the first five minutes, two each by Heath and Horne.

Three free throws by Brandon Angel got Stanford within 53-46 with 7:47 remaining, but Arizona responded by making five of its next six shots, including a poster dunk by Kimani Lawrence to make it 69-55 with 3:01 to go.

The Sun Devils were 7 of 15 from 3-point range in the first half, outpacing their season average of 6.6 made 3-pointers per game.