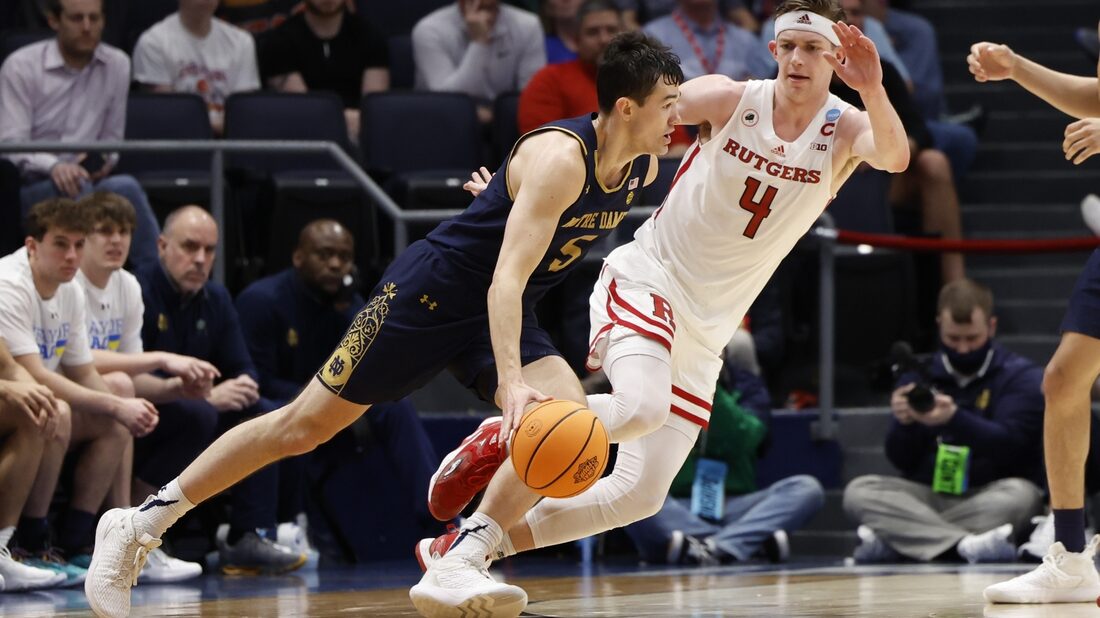 Sixth-seeded Alabama already was practicing in San Diego on Wednesday, waiting to find out who its opponent would be in the first round of the NCAA Tournament.

After two overtimes, 11th-seeded Notre Dame (23-10) outlasted Rutgers, 89-87 in a First Four game in Dayton, Ohio. The Irish advanced to a first-round matchup against the Crimson Tide (19-13) on Friday.

While the Crimson Tide got extra practice Wednesday, the Irish were extending themselves to the limit, playing for 50 minutes. After the exhausting victory, Notre Dame flies 2,000-plus miles to play an Alabama team that hasn’t taken the court for a game since losing to Vanderbilt, 82-76 in the SEC second round on March 10.

The Irish aren’t complaining, though.

“Soaking (the victory) in, being excited is great,” said Cormac Ryan, who played 46 minutes against the Scarlet Knights and scored 16 points.

“But this is a mature group and we know what’s ahead of us and we prepared for it. … We came into this game packed for San Diego. So, we’re onto the next one and we’re fired up and we’ll be ready.”

Notre Dame coach Mike Brey said, “We’ll get our legs under us by Friday afternoon, but they’ll need some time to do that.”

Interestingly, although the Irish shot 51.4 percent overall versus Rutgers, they fell short of their season averages entering the game in both 3-point percentage (38 percent) and foul shooting (75.8 percent). Notre Dame was 6-for-19 (31.6) from long distance and a poor 9-for-16 (56.2 percent) from the line. Both of those percentages must improve against the Crimson Tide if the Irish expect to win.

“Notre Dame will probably stress our defense a little bit more with the way they space the floor and shoot it, their 3-point shooting,” Alabama coach Nate Oats said prior to knowing the winner.

“I do think us playing a team that hasn’t seen us a lot, that hasn’t played against us at all. … Hopefully, that’ll help us out a little bit like I think we’ve had some better wins in non-conference games.”

The Crimson Tide enter on a three-game losing streak, including upset losses to Texas A&M and Vanderbilt.

Inconsistent play from talented but erratic guard Jahvon Quinerly (14.3 points, 4.2 assists) was a major problem down the stretch. He had 19 turnovers in the Crimson Tide’s last four games, but also has the explosiveness to take advantage of the potentially tired Irish.

“His pace in the (Vanderbilt) game was good,” Oats said of Quinerly. “He had some unforced turnovers that have got to be better.”