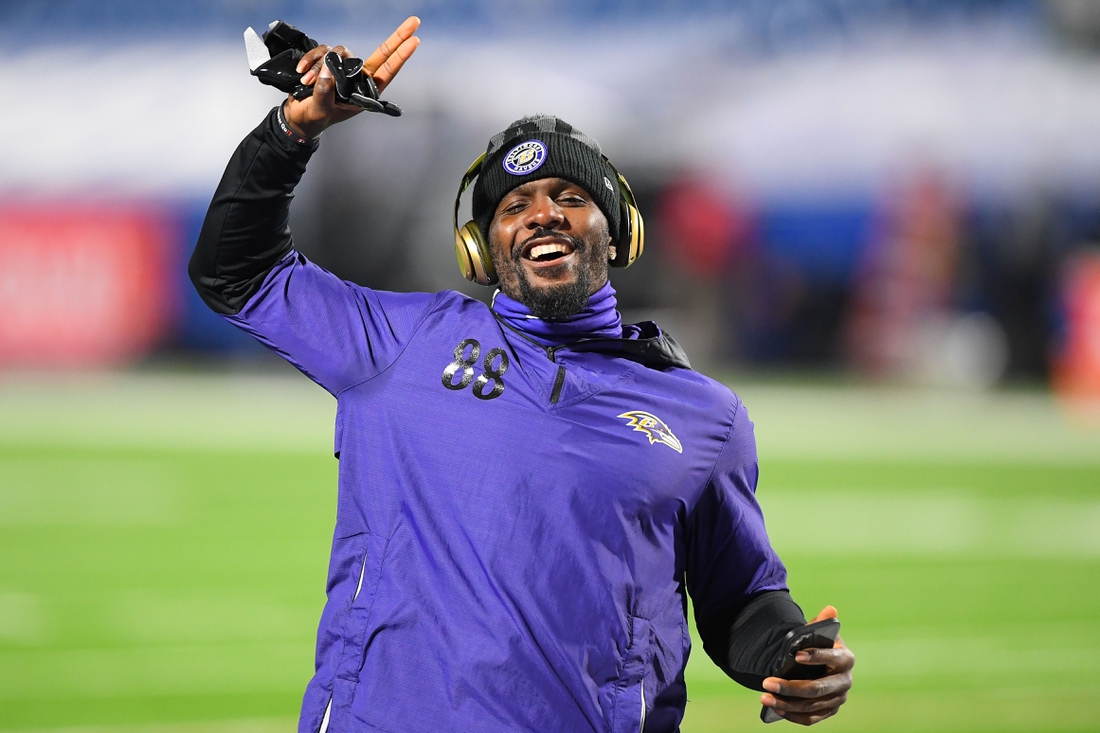 Bryant, who hasn’t played in the NFL since the 2020 season, expressed interest in joining quarterback Kyler Murray, coach Kliff Kingsbury and the Arizona Cardinals.

“Kyler, the coach — I love the swagger over there,” Bryant told TMZ. “I just love the guys, especially DeAndre Hopkins — that’s my boy. We real close.”

Bryant, 33, had six catches for 47 yards and two touchdowns in six games with the Baltimore Ravens in 2020. That was the first action for the three-time Pro Bowl selection since he sustained an Achilles injury while practicing with the New Orleans Saints in 2018.

Bryant spent his first eight NFL seasons with the Dallas Cowboys. He caught 531 passes for 7,459 yards and a franchise-best 73 touchdown receptions in 113 games after being selected by the Cowboys with the 24th overall pick in the 2010 NFL Draft.