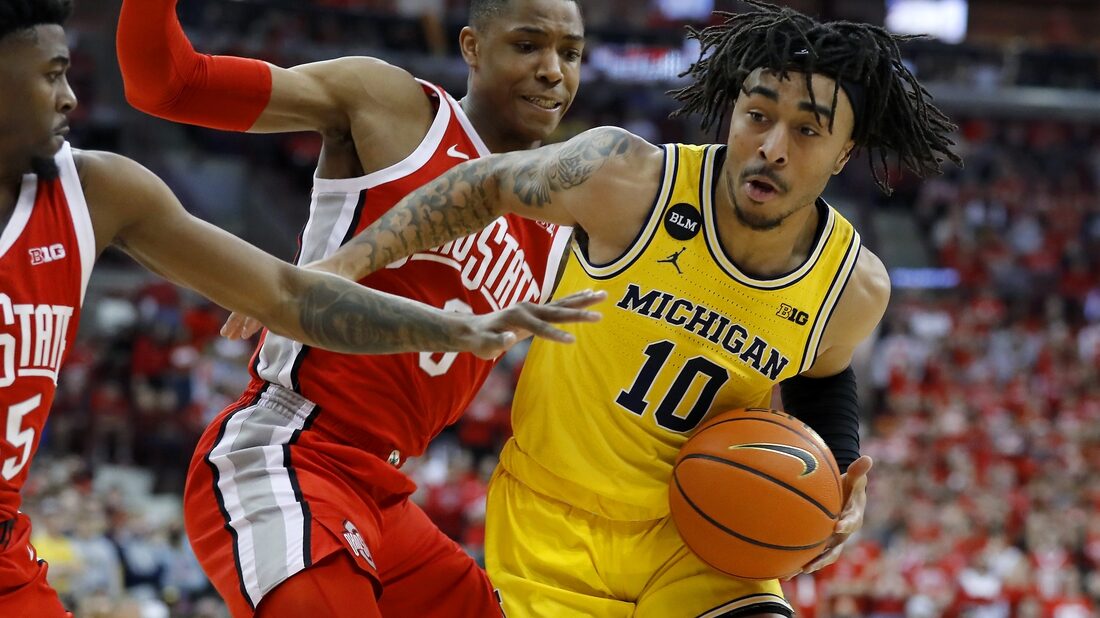 Terrance Williams came off the bench to score 17 points while Moussa Diabate and Eli Brooks each had 14 for the Wolverines.

Malaki Branham scored 18 points and E.J. Liddell 16 for the Buckeyes, who have lost three of four.

Michigan stormed back from a seven-point halftime deficit, eventually using a 14-1 run for a 56-44 lead with just over 10 minutes to play.

It was the Buckeyes&rsquor; turn to rally, and a stretch of seven straight points pulled them to within 60-56. Jones stopped the comeback with a layup. He followed with a pass that led to a Diabate dunk and a 64-56 score with four minutes left.

Branham&rsquor;s triple made it 71-67 with 24 seconds to go. Brooks then made a pair of free throws, but that was nullified by Branham&rsquor;s basket with 11 seconds left. Williams hit two foul shots with 10 seconds remaining for the final margin.

Michigan was also minus head coach Juwan Howard, who served the final of his five-game suspension for his postgame altercation with a Wisconsin assistant coach on Feb. 20.

The Buckeyes weren&rsquor;t at 100 percent either.