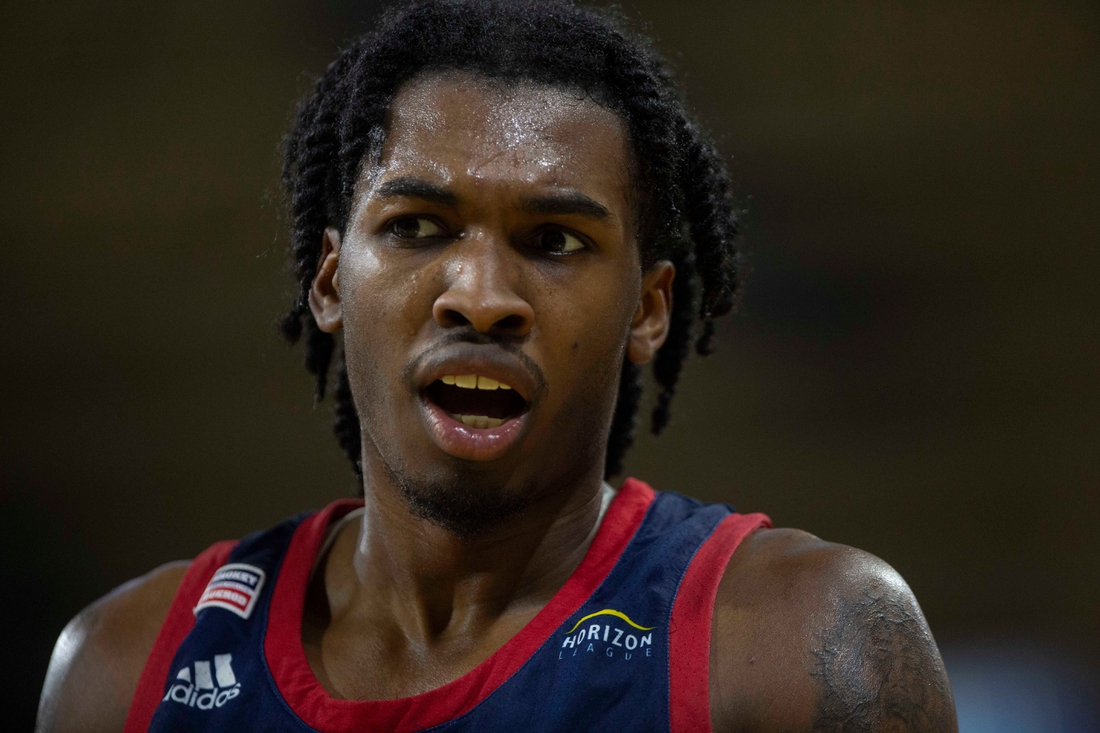 At 2,734 career points, Davis will enter next season #22 in NCAA history. Davis has been a four-year starter for the Titans and has one season of eligibility — the extra COVID year — remaining.

Davis, the co-Horizon League Player of the Year in 2021-22, is the son of Detroit Mercy coach Mike Davis.

“After much thought and consideration, I have decided to enter the transfer portal,” Antoine Davis posted to Twitter. “I was honored to be a Titan and play in the Horizon League against great players and coaches, and I loved every second of being coached by my dad and brother.”

Mike Davis Jr. is an assistant coach on the team.

Davis’ output last season marked the lowest of his four-year career. He’s averaged 24.6 points for his career in 111 games.

If Davis scores another 683 points in 2022-23, he would finish #2 all-time behind only Pete Maravich (3,667). Freeman Williams of Portland State sits #2 with 3,249 points. Davis. an All-Horizon League performer in each of his four seasons, has surpassed 683 points three times.

Davis followed his father to Detroit Mercy, with the pair going 45-69 in four seasons together.