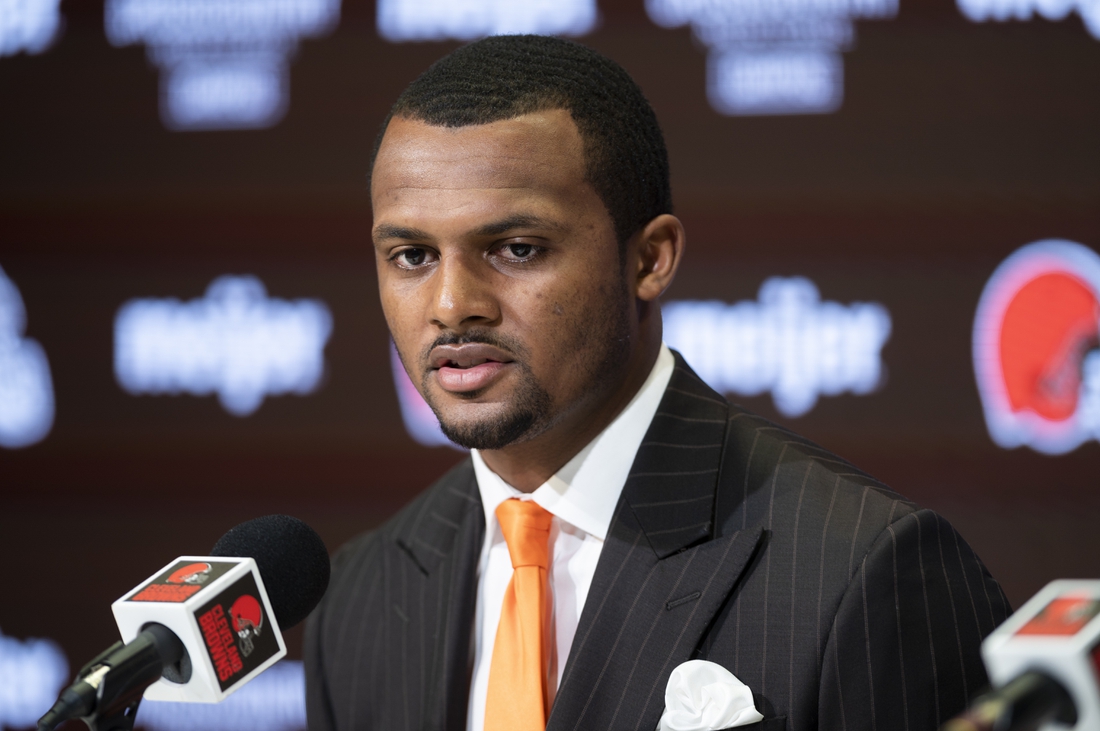 Watson, in fact, was spotted in a heavy winter jacket trudging through the snow — yes, snow in mid-April — to attend the program.

Quarterback Baker Mayfield, however, was not spotted at the team’s facility as he continues to rehab his surgically repaired labrum in his left non-throwing shoulder.

Mayfield recently said on the “Ya Neva Know” podcast that he felt “disrespected 100 percent” by the Browns after the team deposed him as starting quarterback in favor of Watson. Cleveland surrendered significant draft capital that included three first-round picks to acquire Watson in a trade with the Houston Texans on March 18.

The Browns since have signed backup quarterbacks Jacoby Brissett and Josh Dobbs, leaving Mayfield in limbo. The team is sure to part ways with him soon, but he’s not sure of the how or the where.

Cleveland picked up Mayfield’s fifth-year option for 2022 for $18.8 million. He was the top overall pick of the 2018 NFL Draft.

Last month, the Browns acquired Cooper and a sixth-round pick in the 2022 NFL Draft from the Dallas Cowboys in exchange for fifth- and sixth-round selections.