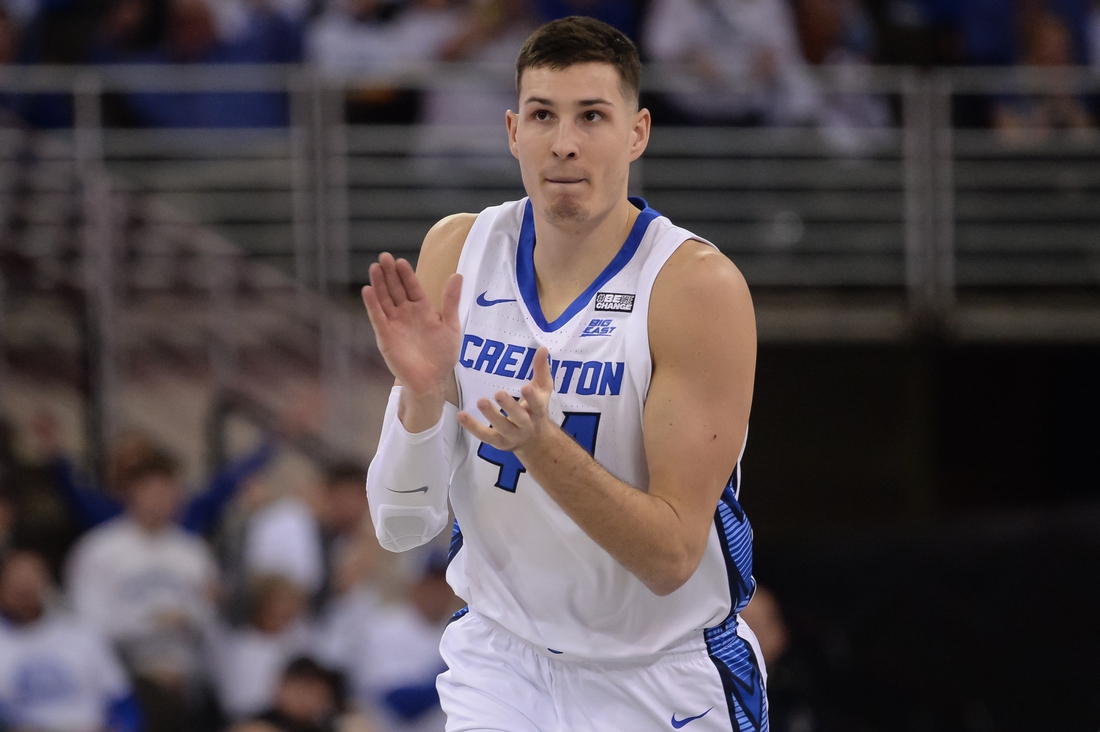 That could be the case when #8 seed San Diego State meets #9 Creighton in the first round of the NCAA Tournament’s Midwest Regional on Thursday in Fort Worth, Texas.

The Aztecs (23-8) are coming off a 53-52 loss on Saturday to Boise State in the Mountain West tournament final, and the Bluejays (22-11) fell 54-48 the same day to Villanova in the Big East championship game.

Creighton held 11 opponents under 60 points this season, something San Diego State did on 20 occasions.

“They’re a Big East team that got lost on the West Coast,” Bluejays assistant coach Alan Huss told the Omaha World-Herald, referring to the Aztecs. “They’re big, strong and physical.”

The Over/Under prop market has been popular for this matchup as it features the lowest total consensus point total among first-round matchups.

San Diego State is a 2.0-point favorite at most sportsbooks, with BetMGM a slight outlier with a 2.5-point line.

The Aztecs are experienced, with nine players who appeared in last year’s first-round NCAA loss to Syracuse. They added Matt Bradley, a transfer from Cal who scored a team-leading 17.0 points per game.

In contrast, the Bluejays lost all five starters from last season’s Sweet 16 team. But they have someone with postseason experience in leading scorer Ryan Hawkins (13.9 points per game), who won three Division II national championships at Northwest Missouri State.

“It’s important, obviously, to know what the routine is, the press conferences, the open practices and hopefully we can rely on some of that experience,” Aztecs coach Brian Dutcher said. “But … you have to be playing your best basketball and Creighton’s playing really good basketball.”

The Bluejays will be without starting point guard Ryan Nembhard, the Big East freshman of the year, who suffered a broken wrist late in the regular season. Fellow freshman Trey Alexander stepped in and performed admirably in the Big East tourney.

“We’re a young group, but we’ve been able to come together,” Hawkins said. “I think that’s what you have to do when you go through a little bit of adversity. You got to come together as a group, and that’s on the floor (and) off the floor.”

In addition to Hawkins, the Bluejays have two other players who average double digits in scoring in 7-foot-1 sophomore center Ryan Kalkbrenner (13.0) and senior guard Alex O’Connell (11.5), a transfer from Duke.

Kalkbrenner will battle down low against the Aztecs’ Nathan Mensah, a 6-10 senior who averages 7.3 points, 7.1 rebounds and 2.2 blocked shots.

Seiko said he got a video call from his younger sibling during the NCAA selection show Sunday.

“I was going to call him and he called me first — brother telepathy,” Seiko said. “I picked up my phone and showed my teammates, and they were like, ‘We’re coming for you, man.’ … This is just crazy. Crazy.”

Said Kaluma: “The family group chat is going crazy right now. I’m super excited to play against my brother. I feel like it’s going to be an amazing opportunity.”