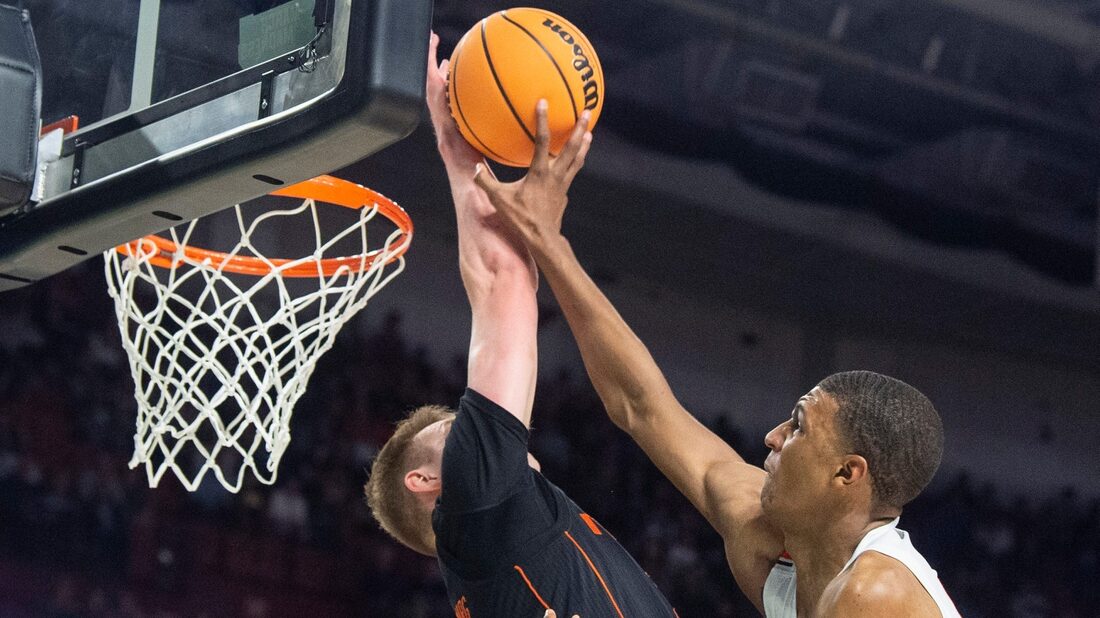 Miami is drawing 65 percent of the spread-line handle as a 2.5-point favorite at BetRivers, with the matchup garnering the fourth-highest handle at the sportsbook among Sweet 16 games. The spread has also moved to 2.5 at BetMGM after opening at 1.5, with the Hurricanes backed by 70 percent of the bets and 82 percent of the handle as of Thursday.

“I mean, it’s unbelievable,” the Cyclones’ Izaiah Brockington said. “I mean, just to think of where we started in June, like a group that was new to each other and just was going out there with the object of turning things around, getting as many wins as we could.

Iowa State followed up its tournament-opening win over #6 seed LSU with essentially a road assignment Sunday, facing Wisconsin in Milwaukee. Yet, the Cyclones emerged with another impressive triumph, beating the third-seeded Badgers 54-49.

Under first-year coach T.J. Otzelberger, the Cyclones (22-12) have won each of their NCAA Tournament games by five points, with different players leading the offense. Minnesota transfer Gabe Kalscheur did the trick with 22 points against Wisconsin, while Tyrese Hunter had 23 points in the LSU game.

Despite shooting just 34.5 percent against the Badgers, Iowa State harassed Wisconsin into a 2-for-22 effort from 3-point range.

“That’s what our identity is, our defense,” Kalscheur said. “Our defense influences our offense and gets us going. We knew coming into the game that we just had to be who we are, who we’ve been this whole season and just ramp up our defense and ball pressure and they gave it to us, so that really just led our offense.”

Miami, making its first NCAA appearance in four years, has never advanced beyond the Sweet 16, and like the Cyclones, the Hurricanes thrive behind their guards. Kameron McGusty (17.5 points a game), Isaiah Wong (15.5), Charlie Moore (12.8) and Jordan Miller (10.1) average double-figure scoring for Miami, playing at least 30 minutes per game.

Miami (25-10) coughed up a late lead Friday in its first-round game against seventh-seeded USC before winning by a basket. Two days later, the Hurricanes trounced #2 seed Auburn 79-61, using their quickness and experience to overcome a minus-8 rebounding margin.

Wong scored 21 points and McGusty, a sixth-year senior, added 20 while helping Miami force 13 turnovers and hound the Tigers into 30.4 percent shooting, including 19.2 percent from long range.

“I mean, we practice the same stuff all the time,” Hurricanes coach Jim Larranaga said. “The guys that have developed such great understanding of what their role is and what we’re looking for.

“Our thought going into games is force turnovers and limit our turnovers, but we don’t do anything special. We just run our stuff, and the guys make good decisions. We’ve got really great guards, and the guards handle the ball the whole time.”

Miami committed just seven turnovers in the first two rounds of the Tournament to advance to the Sweet 16 for the third time in 11 seasons under Larranaga, but first since 2016.

“It just feels good to be here,” McGusty said. “I’m so blessed to have these guys with me. “We bust our butts every day, all summer, all fall, and it just feels good. I’m so thankful for these guys, and I love them so much.”

The expected defensive battle led to BetMGM setting the lowest Over/Under market among Sweet 16 games at 133.5 points. The point total has held steady despite 79 percent of the bets and 87 percent of the handle backing the Under.