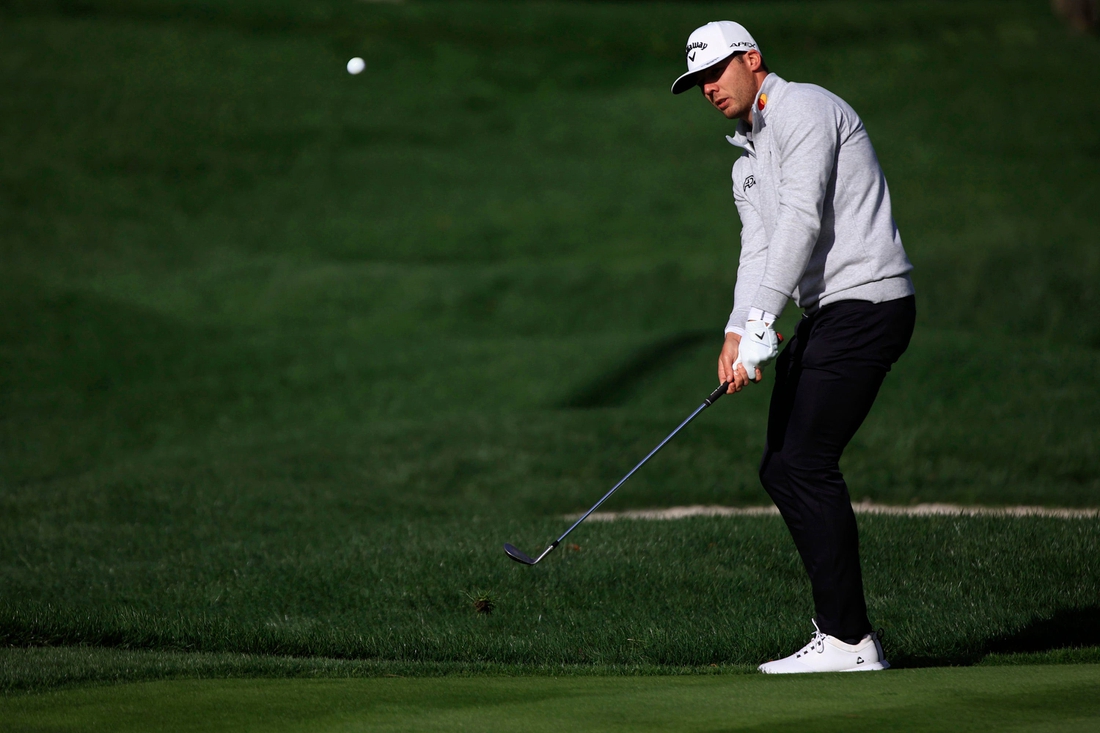 Defending champion Sam Burns is one of four players who shot a 7-under-par 64 on Thursday to take a share of the first-round lead at the Valspar Championship in Palm Harbor, Fla.

Burns, David Lipsky, Canadian Adam Hadwin and Venezuela’s Jhonattan Vegas sit in a foursome atop the leaderboard at the Innisbrook Resort’s Copperhead Course.

Scott Stallings, Richy Werenski, Davis Riley and New Zealand’s Danny Lee are one back at 6 under. Justin Thomas, Kramer Hickok and Doc Redman are tied two shots back after carding rounds of 66.

Burns had a busy round that included nine birdies and two bogeys. He made the turn in 3 under before rattling off birdies at the par-4 10th, par-5 11th and par-3 13th holes. He bogeyed #16 before a birdie-birdie finish to get to 7 under.

Burns’ tee shot at #13 sat down inside 2 feet of the pin, and he repeated the performance at the par-3 17th.

“The greens are really receptive with the rain we’ve gotten the last week,” Burns said. “Yeah, I think the golf course will continue to firm up after we get some sun and wind and I think it’s going to play really well the next few days.”

The 25-year-old earned his maiden PGA Tour title at the Valspar last May. He added another victory last October at the Sanderson Farms Championship and is now ranked #17 in the world.

Hadwin started on the back nine and made five of his eight birdies after the turn. Hadwin won this event in 2017 for his only PGA Tour title.

“It definitely fits my eye,” he said. “It’s kind of similar to courses that I grew up on, kind of through the trees. You got to work the golf ball both ways. You got to be in position off the tee, otherwise you get blocked out on certain holes.”

After starting on the back nine, Vegas had the highlight of his round at the par-5 first hole when he landed his 227-yard second shot about 6 feet away for an easy eagle.

“It’s not my most comfortable shot but a shot that I’m somewhat comfortable hitting,” Vegas said. “I had like a nice high fade into that right pin. So I hit a nice 4-iron into it, but it was also a perfect number that I could hit a hard 4-iron.”

The 37-year-old is looking for his first win since the 2017 Canadian Open.

Lipsky was the only one of the co-leaders to go bogey-free, compiling seven birdies. The 33-year-old has never won on the PGA Tour and last won an event of any kind on the European Tour in December 2018.

“My iron play was excellent today,” Lipsky said. “I hit it close a lot. I didn’t really leave myself too many stressful par saves, really.”