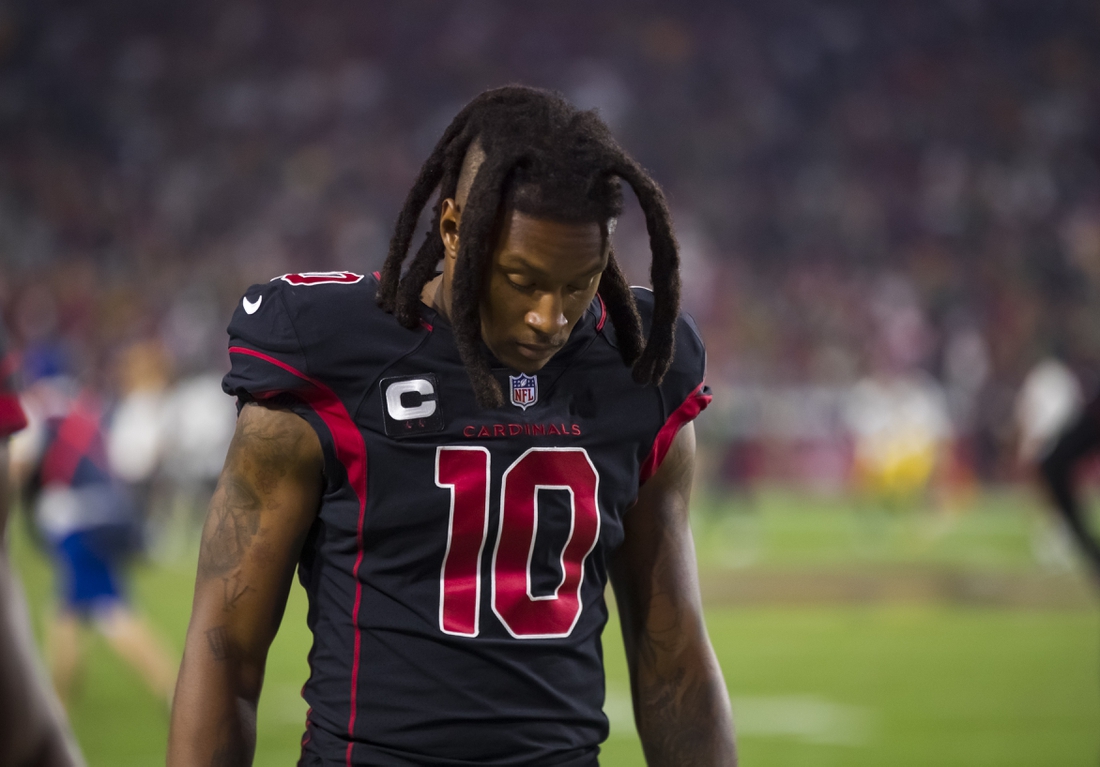 Arizona Cardinals star receiver DeAndre Hopkins said he was “confused and shocked” after learning he tested positive for performance-enhancing drugs.

Hopkins, 29, released a statement on social media Monday night after receiving a six-game suspension from the NFL for violating the league’s policy on PEDs.

“In my 10-year NFL career, I have never tested positive for using performance enhancing drugs,” he posted on Twitter.

“To learn that my November test came back with trace elements of a banned substance, I was confused and shocked.

“I am very mindful of what I put in my body and have always taken a holistic approach, so I am working with my team to investigate how this could’ve happened. But even as careful as I have been, clearly I wasn’t careful enough. For that, I apologize to Cardinals fans, my teammates, and the entire Cardinals organization. I never want to let my team down.

“I fully intend to get to the bottom of this. As soon as I have more information I will share it.”

According to the league, Hopkins tested positive for a prohibited substance plus a diuretic or masking agent. He will be eligible to participate in training camp and preseason practices and games, and he can return to regular-season competition for the Cardinals’ seventh game of the season.

Hopkins set career lows with 42 catches for 574 yards in his second season with the Cardinals in 2021. He did catch eight touchdown passes.