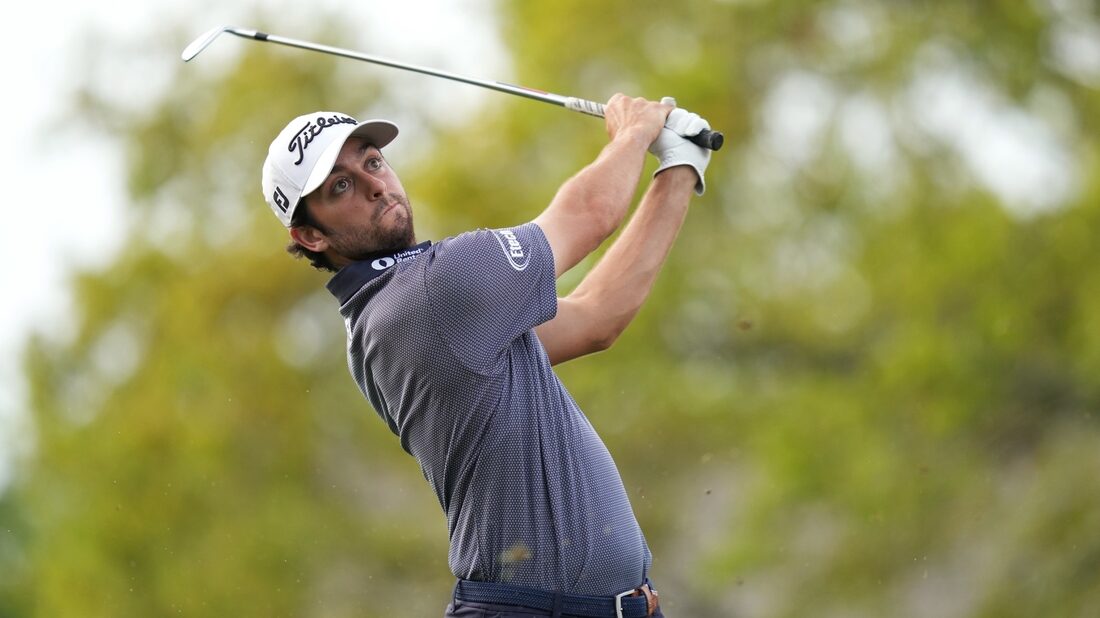 PGA Tour rookie Davis Riley shot a blazing 62 on Saturday to vault to the top of the leaderboard Saturday owning the 54-hole scoring record at the Valspar Championship at Palm Harbor, Fla.

Davis, 25, sits at 18-under-par 195, holding a two-shot lead over Matthew NeSmith, who shot 69 one day after matching the Valspar single-round mark with a 61 Friday. Davis carded nine birdies en route to a bogey-free round at the Innisbrook Resort’s Copperhead Course.

Justin Thomas, on the strength of a third consecutive 66, and defending champion Sam Burns (67) sit three shots back at 15 under.

Canadian Adam Hadwin (70) is solo fifth at 13 under, five shots back.

Riley had never held a tournament lead after any round until Saturday, and his round was three stokes better than his previous career best of 65 at the Sony Open in January.

“I struggled a little bit with my approach play. I wasn’t as clean as I would like to the first two days, but thankfully the putter was there,” Riley said afterward. “And that’s what I’ve been telling myself is just give myself (a) look. I feel really comfortable with the putter on these greens and if you just get me on the greens, I have a chance.”

NeSmith had established a new tournament record through 36 holes after his blistering 61 in the second round Friday. He was still in command and atop the leaderboard by four shots midway through Saturday, when his round was marred by the first of four bogeys on the back nine at the par-4 10th hole.

“Today was a completely new day and we were trying to put one foot in front of the other one and that was the entire goal of today,” NeSmith said. “I think we accomplished that pretty well and I’m excited to try and do the same thing tomorrow.”