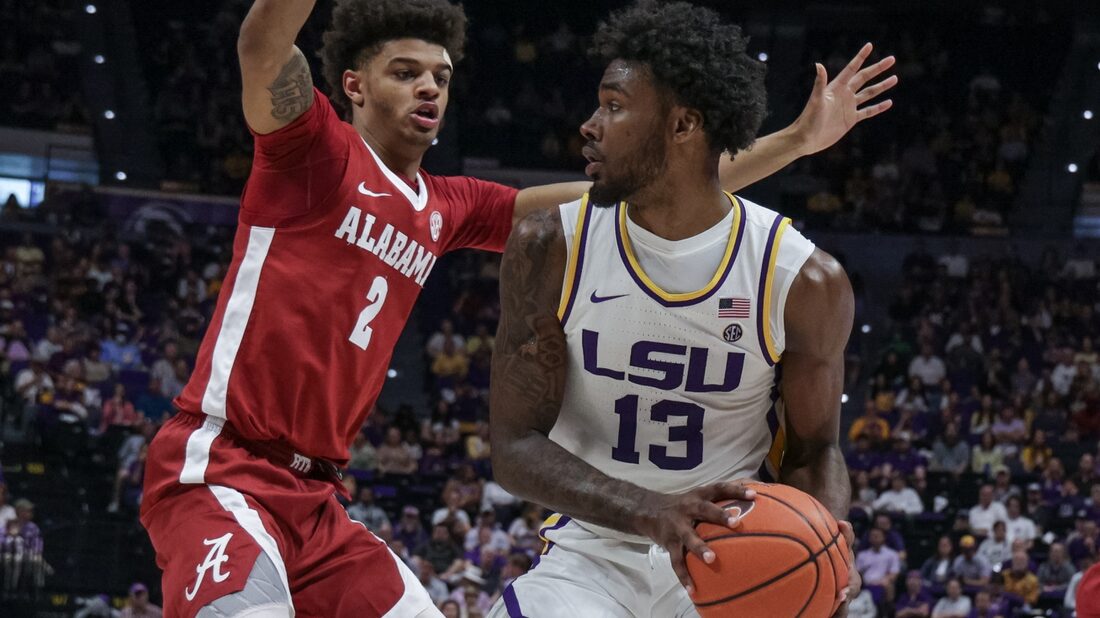 Darius Days scored 24 points with seven rebounds as LSU posted an 80-77 overtime win over #25 Alabama in the regular-season finale for both teams Saturday in Baton Rouge, La.

Days’ dunk started the scoring in overtime before Quinerly answered with a 3-pointer that gave Alabama a 75-74 lead.

Darius Miles recorded a steal and fed Ellis for a layup before Eason made two free throws, blocked a shot and made a dunk to give LSU a 78-77 lead with 38.6 seconds left.

The Tide turned the ball over on a shot-clock violation with 8.2 seconds left and Eric Gaines made two free throws with 7.0 seconds left.

Xavier Pinson’s basket started the second-half scoring and pulled LSU even at 38.

Eason made a tip-in and Days hit a 3-pointer to tie the score, and it was knotted again at 64 before Days’ layup gave the Tigers their second lead of the second half. Murray followed with a dunk for a 68-64 lead.

James Rojas’ three-point play ended a field-goal drought of more than four minutes for the Tide and pulled them within a point.

Ellis made two free throws to tie the score with 12.3 seconds left, Days missed a jumper and Murray missed a tip as time expired.

The score was tied four times before the Tigers tried to play for the last shot of the half. But Davison stole the ball from Eason and passed to Noah Gurley, who beat the buzzer with a dunk that gave the Tide a 38-36 halftime lead.