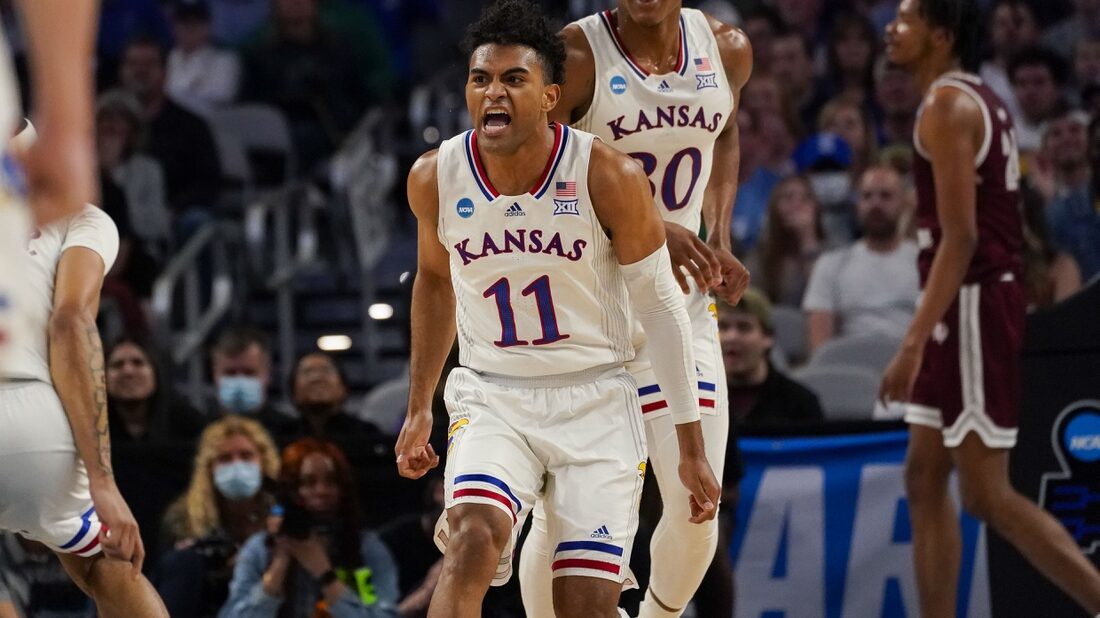 Expectations can be fickle and have been for Remy Martin, but when they pan out at the most opportune time it can make for a potentially glorious NCAA Tournament.

After averaging 19.1 points as a third-year player last season at Arizona State, Martin’s projected impact as a transfer into Kansas prompted Big 12 coaches to name him the preseason player of the year.

The transition, though, is just now beginning to look fruitful as the Jayhawks (29-6), seeded #1 in the Midwest Region, face ninth-seeded Creighton (23-11) in the second round Saturday afternoon at Fort Worth, Texas.

Martin scored a team-high 15 points in an 83-56 first-round rout of Texas Southern, coming off the bench to provide a sensational spark — “playing with pace,” Martin said — that included four assists and a rare dunk.

“Scoring is not what I came here for. I just came here to change pace and help my teammates,” said Martin, who dealt with a strained knee through much of the Jayhawks’ run to a share of the Big 12 regular-season title before boosting Kansas to the conference tournament crown.

“If I have an open look, then I’m there to take it. If not, I’ll find these guys. I just try to simplify the game,” he said.

The punch Martin offers as an offensive catalyst with three straight double-digit scoring efforts gives Kansas coach Bill Self different options. Against Texas Southern, he elected to pair Martin with starter Dajuan Harris much of the time and the duo combined to make 11 of 14 shots, with seven assists and four steals.

“Nobody was really lights out except for those two, so I thought they keyed things,” Self said.

The added backcourt threat helped Kansas overcome an off night from Ochai Agbaji, a consensus All-American who netted just 11 points. David McCormack and Mitch Lightfoot also rested some while dealing with foot and knee issues, respectively.

With Kansas seemingly jelling at the right time, the Jayhawks have the third-shortest title odds at +800 by BetMGM, where they are being backed by 5.0 percent of the national champion bets and 4.7 percent of the money.

Creighton, which received an at-large bid out of the Big East, scored the last nine points to end regulation. It then scored the last six points in overtime to beat #8 seed San Diego State 72-69 in the first round.

The Bluejays prevailed despite losing Ryan Kalkbrenner, who will miss the rest of the NCAA Tournament after sustaining a left knee injury midway through overtime. He finished with 16 points and 10 rebounds.

Creighton coach Greg McDermott said Friday that Kalkbrenner will require two to three months to recover from his injury.

The news contributed to the line moving from Kansas -9.5 to -11.5 at PointsBet, where the Jayhawks have been backed by 72 percent of the spread bets and 84 percent of the handle. Kansas’ moneyline has also shifted from -500 to -751 with 94 and 81 percent of the action, respectively.

A much preferable topic was the late-game heroics that kept the Bluejays alive in the tournament.

“It’s incredible. The mental fortitude of this group is like nothing I’ve ever experienced,” said McDermott, who guided Creighton to the Sweet 16 last season.

Although Trey Alexander drew his fourth foul barely three minutes into the second half, he scored 18 points against the Aztecs, including the tying bucket in regulation and a go-ahead three-point play in OT.

“The extra work that you put in, I feel like it just takes over in the late moments,” Alexander said. “And it’s not really you thinking about it, it just happens.”

In addition to Kalkbrenner, Creighton lost another starter, Ryan Nembhard, to a season-ending injury on Feb. 23. That duo averaged a combined 24.4 points and 10.8 rebounds.