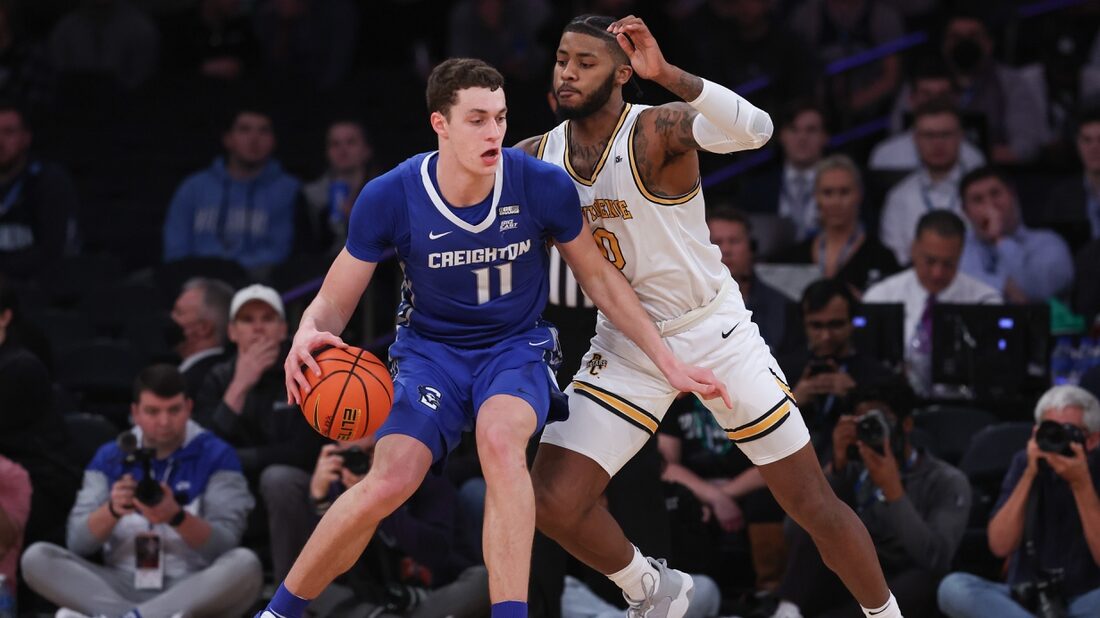 The ultimate goal for an elite program such as Villanova never changes. It is to cut the nets down after the NCAA Final Four, something veteran coach Jay Wright’s teams did in both 2016 and 2018.

But Wright also wants to cut down the nets at the Big East tournament in New York, something the Wildcats have done three of the last four and four of the last six times a title game has been played. (The 2020 event was never finished because of the COVID pandemic.)

Second-seeded and eighth-ranked Villanova (25-7) will try to claim the sixth Big East tournament title in program history when it faces fourth-seeded Creighton (22-10) on Saturday at 6:30 p.m. Eastern time.

“This rivals the NCAA Tournament,” Wright said of the atmosphere after his team’s hard-fought 63-60 victory over third-seeded UConn in one semifinal Friday.

The Wildcats led for almost the entire second half and held off the taller Huskies despite not making a basket for the final five minutes.

“We never felt like we had them under control,” Wright said. “(Adama) Sanogo was so tough inside, but if you put too much pressure on him, (Tyrese) Martin is hitting threes and (R.J.) Cole’s making plays.

“I think we had a good balance, put it that way, a good balance of playing them tough inside. (We) did it as a team. Couldn’t just put one guy on them. We tried to do that before with (Eric) Dixon, just put Dixon on him. And he’s just too young right now.”

Interestingly, 6-8 sophomore forward Dixon, who played sparingly as a freshman, played only 11 minutes despite averaging 25.3 minutes this season. Wright likely will choose to play Dixon more against Creighton and 7-1 Ryan Kalkbrenner, who had 15 points and nine rebounds against Providence on Friday.

Dixon played 24 minutes against the Bluejays in each of the two regular-season meetings and outscored Kalkbrenner, 24-13, cumulatively.

Kalkbrenner was instrumental Friday in limiting Providence center Nate Watson to five points on 2-for-7 shooting.

Creighton coach Greg McDermott said, “Not a lot of teams in our conference, let alone in the country can play Nate Watson one-on-one. Because we have Ryan Kalkbrenner, we can. That allows us to take some other stuff away.”

The key matchup in the backcourt will be a new one. The teams haven’t met since exchanging blowout victories more than two months ago, with each winning easily on its home court.

Villanova point guard Collin Gillespie totaled 27 points, seven assists and one turnover in those games, although he shot 1-for-8 from 3-point range in the 79-59 loss at Creighton on Dec. 17. The Wildcats returned serve with a 75-41 drubbing of the Bluejays in Villanova, Pa., on Jan. 5.

Trey Alexander was a reserve for Creighton then, but now is the starting point guard in the absence of Ryan Nembhard (fractured wrist). He scored all 15 of his points in the second half Friday after sitting on the bench much of the first half because of foul trouble.

“We’ve grown leaps and bounds defensively from the start of the season,” McDermott said, “and it’s what you have to have if you’re going to win in a tournament like this (and) to win in the NCAA Tournament. … Our young team doesn’t play like a young team anymore.”