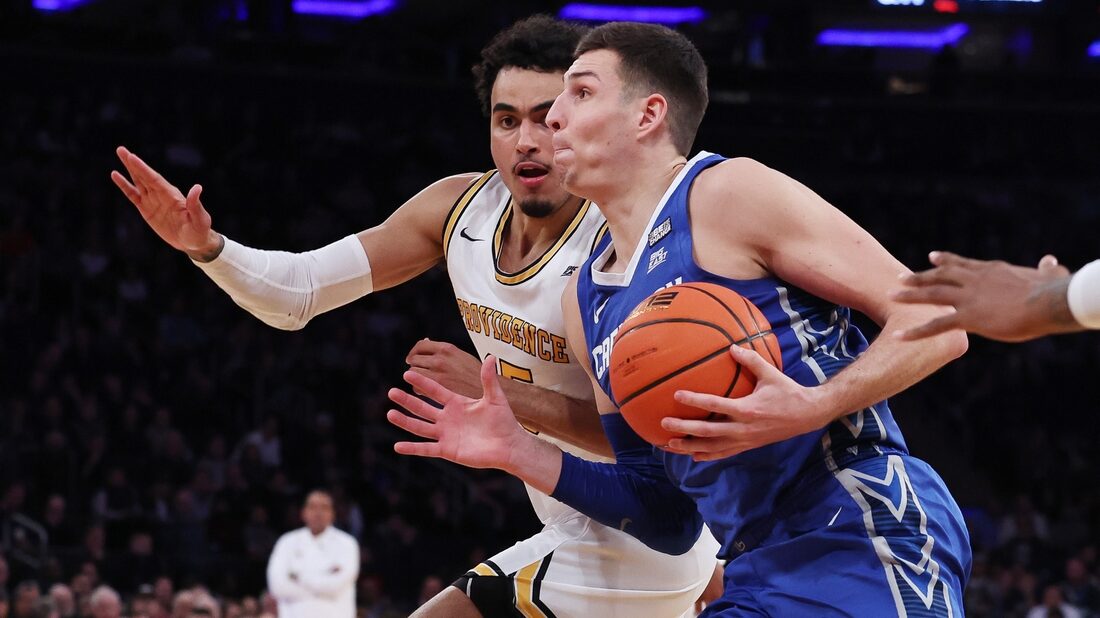 Alex O&rsquor;Connell had 18 points and Arthur Kaluma scored 10 of his 17 points during a decisive first-half run for Creighton, which took control of the game late in the first half and went on to a convincing 85-58 victory over #11 Providence in one semifinal of the Big East tournament Friday in New York.

Ryan Kalkbrenner and Trey Alexander each added 15 points for the fourth-seeded Bluejays (22-10), who advanced to play either #8 Villanova or #20 Connecticut in the championship game Saturday at 6:30 p.m. Eastern time. Creighton will be seeking its first Big East tournament title. The Bluejays lost in the final in 2014, 2017 and last season.

Al Durham scored 21 points for top-seeded Providence (25-5), which was seeking its third tournament title. The Friars won this event in both 1994 and 2014. The Friars will find out their NCAA tournament seed Sunday.

Providence&rsquor;s A.J. Reeves, who scored eight points, left the game in the second half with an apparent leg injury and didn&rsquor;t return. He walked off under his own power.

Creighton outscored the Friars 17-2 in the final 5:34 of the first half to break a tie at 25 and the Friars never threatened to make a game of it after that, suffering their second-worst defeat of the season. Providence lost at Marquette, 88-56 on Jan. 4.

Creighton led 42-27 at halftime despite having to go with a ballhandling-by-committee setup for most of the first half after point guard Alexander committed his second foul just 1:23 into the game. Alexander played just five minutes in the half and recorded no points and one assist.

First, he had a three-point play on a putback after he had his own shot blocked. That put the Bluejays ahead, 28-25 with 5:34 left in the half. He later had a turnaround jumper with a hand in his face to make it 34-25 with 2:57 left, and finally he stole an Ed Croswell outlet pass after a Croswell rebound and drained a three for a 37-25 lead.

The Bluejays didn&rsquor;t let up in the second half, scoring the first 14 points to extend the lead to 56-27. Alexander scored eight points during the run.

The Friars finally scored their first points of the half when Durham was fouled on a shot attempt in the lane and made two free throws 4:59 into the period. That made it 56-29, Creighton. Providence never got closer than 25.