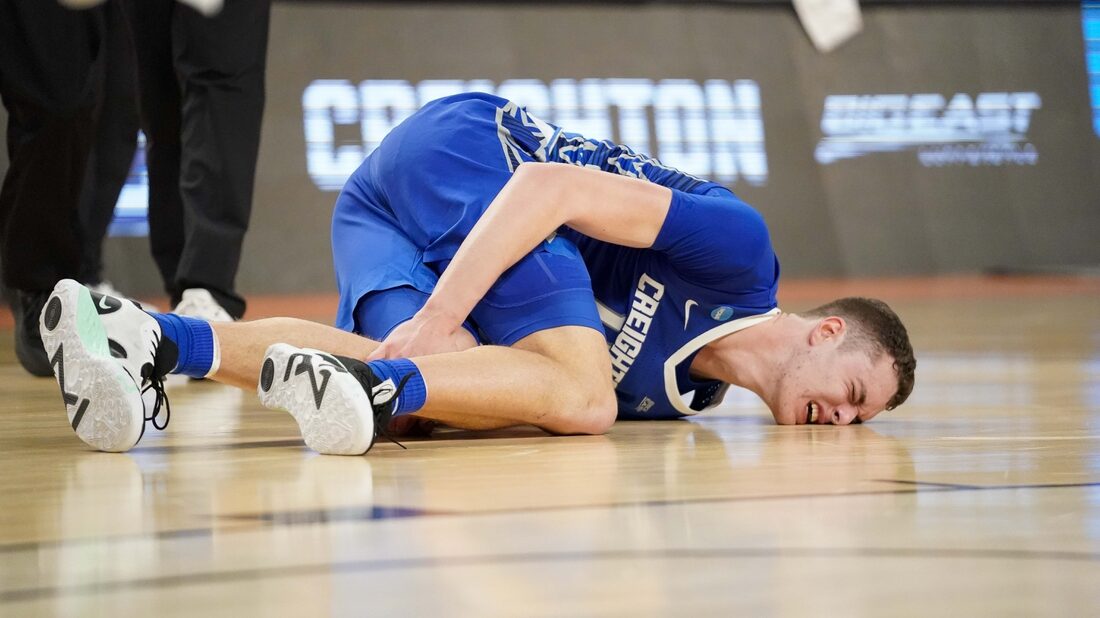 Kalkbrenner injured his left knee during overtime of a 72-69 victory over eighth-seeded San Diego State in a first-round game. He fell to the floor on the left leg and tried to get up, only to take a couple steps and fall again while displaying intense pain.

“While Big Ryan will be out the rest of the tournament, his knee injury was not as significant as originally thought,” McDermott said on Twitter. “We expect a full recovery in the next 2-3 months.”

The 7-foot-1 Kalkbrenner had 16 points and 10 rebounds against the Aztecs before departing.

Kalkbrenner is second in scoring (13.1 points per game) and rebounding (7.7) for Creighton (23-11). His absence leaves the Bluejays down two starters as point guard Ryan Nembhard broke his wrist late last month.